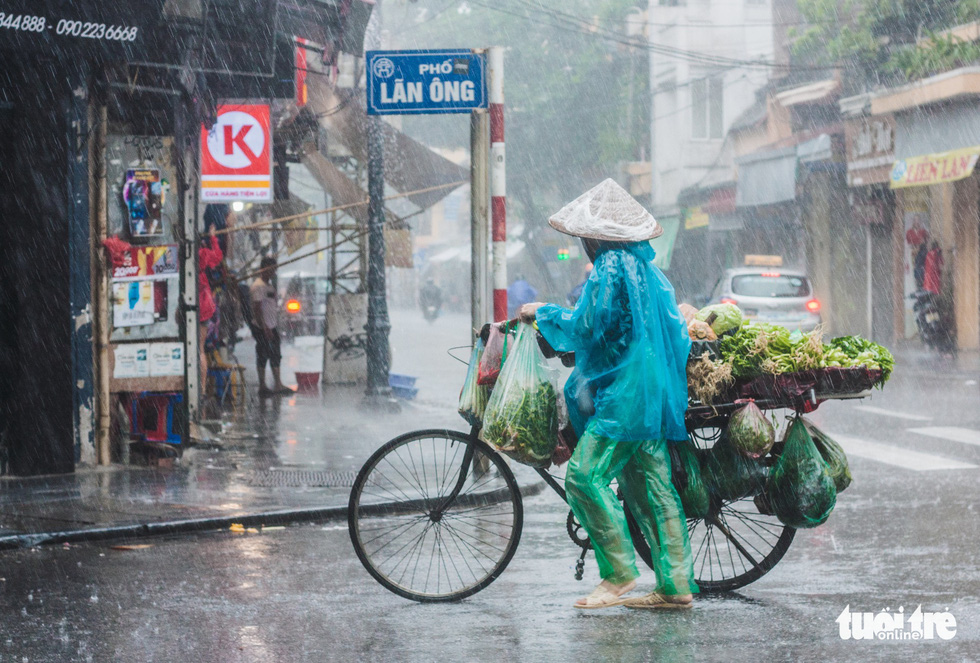 While most people decided to stay indoors during a stormy day in Hanoi, others remained outside to continue earning a living under the harsh weather condition.

Tropical Storm Wipha made landfall in northern Vietnam on Friday night and weakened into a tropical depression, while its circulation unleashed heavy downpours on multiple localities in the region, including the capital city.

Rain started dampening the capital on Friday night and lingered until the end of the following morning.

As of Saturday afternoon, multiple streets in the city were submerged under rainwater.

While it was recommended that local residents stay indoors for their own safety, many people still had to remain outside as it was part of their daily jobs.

“It doesn’t matter if it is sunny or rainy,” a street vendor said.

“All I know is that if I don’t work, my children are going to starve.”

Tam, a 57-year-old woman who sells sweet soups along local streets, said that business was so slow on the rainy morning that her family might not be able to afford a decent meal.

Conventional motorbike taxi drivers also had a hard time finding customers as people tended to catch a taxi or use ride-hailing apps given the weather condition.

Meanwhile, employees of the Hanoi Greenery Park Company had to work extra hard to remove broken trees from local streets and sidewalks.

Similarly, street sweepers had to work under the rain to keep the city clean.