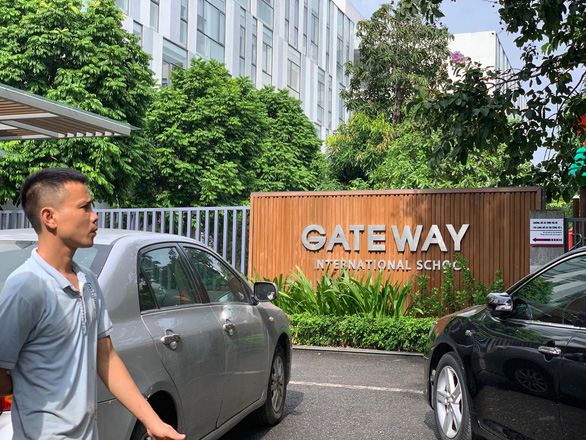 A woman hired to supervise the transportation of students at an elementary school in Hanoi has been charged with “involuntary manslaughter” after her alleged negligence led to the death of a first grader who was locked inside a school bus for nine hours in early August.

Quy, 54, was in charge of attending to a school bus contracted by the Gateway School in Hanoi to transport its students.

On August 6, the woman and a driver picked up 13 Gateway students on a 16-seater van.

They dropped off only 12 of them at the school, forgetting one boy in the vehicle, according to the People’s Procuracy of Cau Giay District.

The first grader, who was only on his second school day, was not discovered until nine hours later when Quy prepared to get the students onto the school bus to take them home.

The boy died from heat stroke and respiratory failure, with no other pathological cause found, a police autopsy concluded, without saying his estimated time of death.

The People’s Procuracy of Cau Giay District accuses Quy of “failing to inspect the entire vehicle before leaving," which resulted in the boy’s death.

Quy has maintained that she did inspect the vehicle after all students had got off that morning and did not notice any student, or any belongings, left on the school bus.

The district prosecutor’s office said it also found the school bus driver, 53-year-old Doan Quy Phien, to be partly responsible for the boy’s death as he did not double-check the vehicle before locking the door and leaving.

Both Quy and Phien are being investigated for their negligence in conducting and supervising the operation of the school bus by the Cau Giay People’s Procuracy.

Quy worked with prosecutors on Monday to clarify details on the case and does not face detention during the investigation, her attorney Nguyen Thanh Son told Tuoi Tre on Tuesday.

The People’s Procuracy of Cau Giay District said the probe launched against Quy is the result of only initial findings on the case.

Prosecutors are still looking into possible criminal violations on the school’s part, it said.

Le Hoang L., six years old, was picked up by a school bus at around 7:00 am on August 6, his second day at the Gateway School, his parents said.

Past 4:00 pm the same day, L.’s supervising teacher reached his parents on the phone to inform them that the boy had not been at school all day.

A search was initiated and the boy was found inside one of the 16-seater vans the school had contracted to transport students.

In CCTV footage acquired by Tuoi Tre, the boy appeared already stiff and motionless when he was removed from the van and taken inside the school.

Despite video evidence, the Gateway School management said in a statement later that same day that L. was still alive when he was found, and did not die until after he had been taken to a nearby hospital.

The school said in the same statement that L. had dozed off on the school bus and Quy had forgotten to wake him up.

Although L.’s absence was noted by his homeroom teacher and reported to the school’s administration through a computer system, nobody informed his parents until after 4:00 pm the same day, Hanoi officials said at a press conference on August 7.