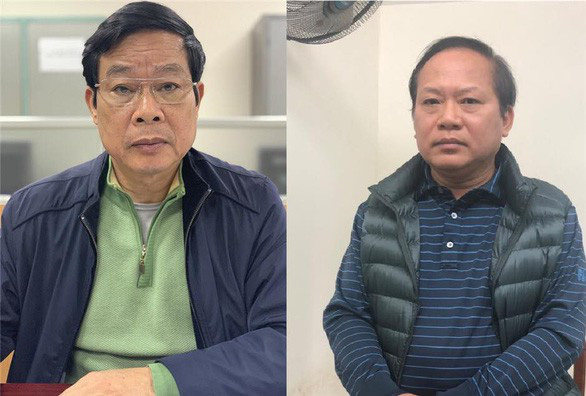 A former Vietnamese communications minister has admitted to receiving a US$3 million bribe in order to facilitate a scandalous $391 million deal where state-run telco MobiFone attempted to acquire almost the entirety of a private firm.

A source close to Tuoi Tre (Youth) newspaper said on Monday that the Ministry of Public Security had concluded their investigation and indicted Nguyen Bac Son and Truong Minh Tuan for their roles in the notorious deal in 2015, in which MobiFone tried to buy a 95 percent stake in AVG, a pay-per-view private TV company.

Son was Minster of Information and Communications (MIC) for the 2011-16 tenure, while Tuan assumed the same position from April 2016 to October 2018.

MobiFone, one of the country’s leading mobile network operators, is an entity owned entirely by the state and has been under the management of the MIC since December 2014.

Officers previously initiated legal proceedings against both of them for receiving bribes and violations of regulations on the management and use of public capital that led to serious consequences.

Aside from the two former ministers, police also indicted Pham Nhat Vu, former chairman of AVG, and many leaders and ex-leaders of MobiFone and some other companies.

According to the result of the investigation, Son previously said in his statements that Vu had contacted him and repeatedly urged the early completion of the deal.

As his tenure was about to end, Son wanted to create a milestone for MobiFone with the acquisition deal. On the other hand, the official also expected AVG to thank him with some gifts and cash when everything was done.

After the deal was signed in 2015, Vu arrived at Son’s house in Hanoi and gave him $3 million.

Son then handed the money to his daughter, Nguyen Thi Thu H., on ten occasions. However, there is no document proving these transactions.

During the police investigation, Son was willing to return VND500 million ($21,500) from his personal savings account as a way to help alleviate the consequences.

Meanwhile, Tuan admitted that Vu had come to his office and handed him $200,000, adding the money had been used for his personal spending.

In order to remedy the consequences, the former minister wanted to pay back VND2.12 billion ($91,160).

The investigation also showed that Tra and Hai, the two former MobiFone executives, had taken $2.5 million and $500,000 in bribes, respectively from Vu.

Both of them were willing to refund the money in full.

The Central Inspection Committee and government inspectorate then began a comprehensive examination of the transaction in July 2017, before the contract was nullified in March 2018.

Inspectors stated that the deal could have caused losses worth over VND7 trillion ($301 million) to the state budget.

According to the investigation, MobiFone was irresponsible and broke regulations in the AVG acquisition, especially in assessing the pay TV company's financial situation, which led to the state budget losses and affected MobiFone’s finance, resulting in difficulties for the company’s privatization process.

Both MobiFone and the MIC, as well as some other relevant agencies, were wrong to carry out the acquisition when it was not approved by the prime minister, which went against the law on investment.