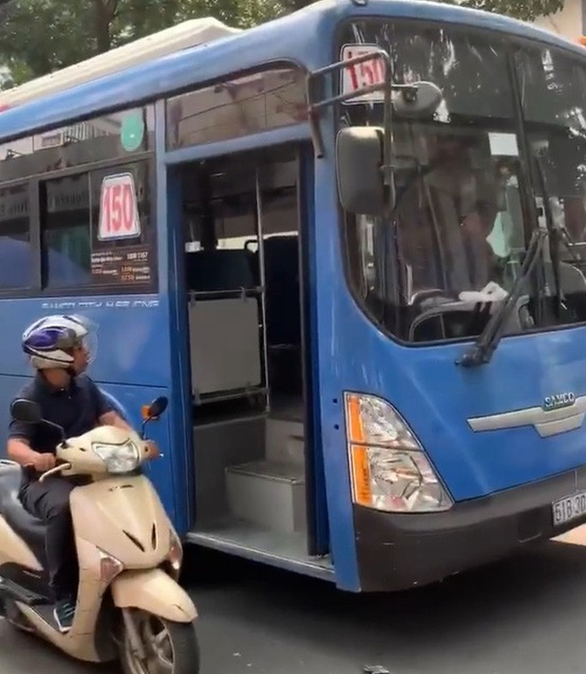 A bus driver in Ho Chi Minh City has been fired for steering his vehicle into the motorcycle lane, spitting at, and provoking commuters after a motorbike driver yelled at him for poor traffic etiquette.

The municipal center for public transport management confirmed on Wednesday that it had dismissed Tang Quoc Huy, a 44-year-old driver on bus route No. 150 between Cho Lon Bus Station in District 5 and Tan Van Intersection in neighboring Binh Duong Province.

All bus cooperatives in the southern metropolis were also instructed not to employ Huy following an order from the city’s administration.

In the video, Huy appears to drive the bus very close to the sidewalk near the Nguyen Dinh Chieu-Pham Ngoc Thach intersection in District 1, leaving little space for motorcyclists.

The bus driver also repeatedly honked the horn at commuters stopping at a red light.

After a commuter called him out on his poor etiquette, Huy began to argue and spit through the bus door.

In a relevant story, Do Viet Hung, another bus driver along route No. 150, has been suspended from work after attacking a motorbike taxi driver with a pointed object following a minor traffic accident on Tuesday morning.

The victim was admitted to the hospital to treat his wound.

Local authorities are working to determine a suitable penalty for the bus driver.