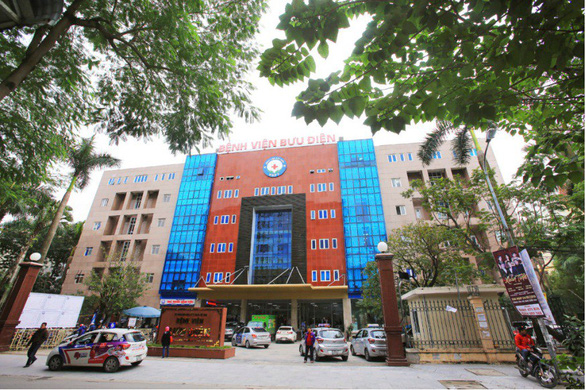 A Vietnamese man has been accused of using a frozen embryo, which he and his ex-wife had stored at a hospital while they were still together, to impregnate his new girlfriend without the wife’s consent.

The now-divorced couple from the northern province of Bac Ninh sought in vitro fertilization (IVF) treatment at the Hospital of Post and Telecommunications in Hanoi in early 2018, said Nguyen Thi Nha, head of the hospital’s assisted reproduction ward.

They were already blessed with three children at the time, Nha said.

In September 2018, the wife successfully gave birth to their fourth child through IVF.

An unused embryo from the procedure remained frozen at the hospital in case the patient required another try, Nha explained.

The couple got divorced earlier this year, but neither of them notified the hospital to have their frozen embryo discarded.

In April 2019, the husband allegedly returned to the hospital with a woman - who he said was his wife - and asked for implantation of the remaining embryo so she could get pregnant.

Doctors were convinced that both of them are legit owners of the embryo, as the man was able to produce all required papers and the woman who received the embryo managed to answer all authentication questions correctly, Nha said.

The questions were randomly taken from a question bank that all couples who seek IVF are required to provide before storing their embryo, the doctor explained.

The wife only discovered her ex-husband’s mischievous deed three weeks later, when she received a phone call from the hospital inquiring about her “pregnancy”.

“As we haven’t put to use a facial or fingerprint recognition system, the husband was able to cheat his way through all paper-based authentication measures,” Nha said.

“He even stole his ex-wife’s national ID card and convinced her that she had lost it somewhere.”

According to the doctor, in most cases interview questions are enough to detect that the person receiving the embryo is not its owner.

This happens most frequently when a couple illegitimately seeks surrogacy, which is illegal in Vietnam with some exceptions for very specific cases of infertile couples.

In this case, however, the husband seemed to have prepped his girlfriend carefully for all the questions thrown at her, Nha said.

The wife said she has filed a formal complaint against her ex-husband.

He now faces an administrative fine of VND30-40 million (US$1,300-1,700) for using the embryo without the woman’s consent according to Vietnamese regulations.