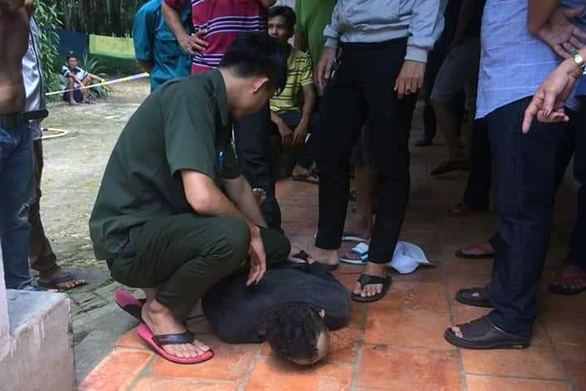 A 19-year-old man murdered an elderly man and took the victim’s eyes out before dying of a drug overdose in the southern Vietnamese province of Binh Duong on Sunday.

The provincial Department of Police has confirmed that the incident occurred at around 9:00 am in Phuoc Hoa Commune, Phu Giao District.

Preliminary information showed that the suspect, 19-year-old Vo Van Quyen, broke into the house of Le Van Duong, 84, and killed the victim with a weapon.

Duong’s neighbors rushed to his home after hearing some strange noises and discovered that the elderly man had died on a bloodied bed.

They apprehended Quyen on the spot and reported the case to police officers.

Eyewitnesses said Quyen, who showed signs of being under the influence of crystal meth, also took Duong’s eyes out and cut off some of his body parts after murdering the elderly man.

The suspect was foaming at the mouth and having seizures when he was arrested, eyewitnesses said.

He was brought to a local hospital for emergency treatment but later died from an alleged drug overdose at the infirmary.