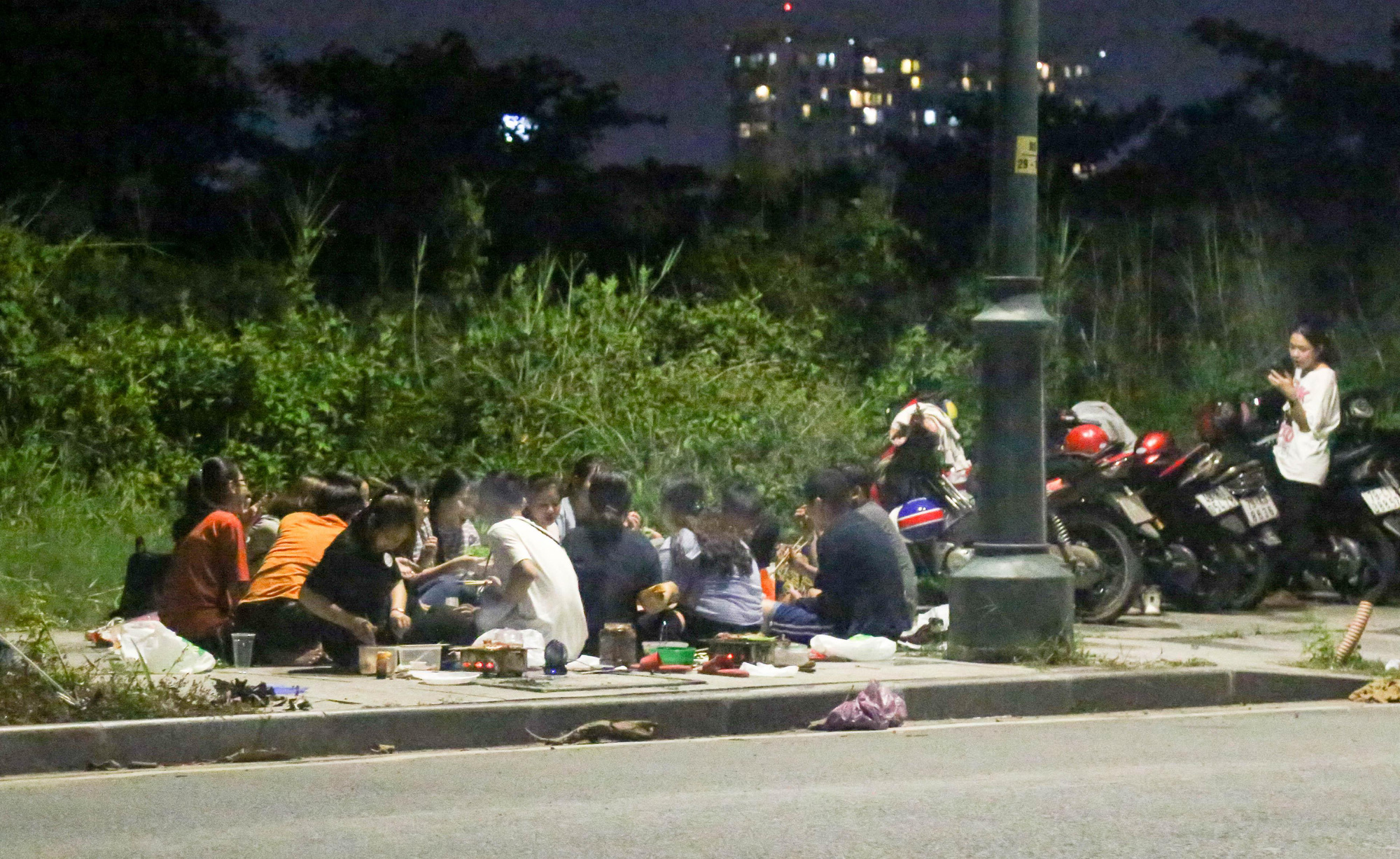 The sidewalks along major streets in Ho Chi Minh City’s new urban area have long been a favorite spot for young people to throw their BBQ parties, posing risks to fire safety and environmental hygiene, while local authorities have found it difficult to deal with the situation.

Local residents have been organizing their outdoor BBQ parties in the Thu Thiem New Urban Area in District 2 thanks to its spacious sidewalks.

According to the observation of Tuoi Tre (Youth) newspaper reporters on the evening of November 16, many groups of people were eating, drinking, and grilling their food along the promenades of many roads.

The presence of signs prohibiting people from setting fire appeared to be useless.

A lot of smoke came out of the charcoal grills, forcing pedestrians and commuters to cover up their noses whenever they passed by.

There are a lot of trees, grass, and bushes along these sidewalks, which pose a high risk of fire.

Trash and leftovers are sometimes left behind on the footpaths, threatening public hygiene and the cityscape.

“Officers on duty often tell people to stop doing this, but nothing has seemed to change,” he added.

According to a local official, the administrations of Thu Thiem, An Loi Dong, and An Khanh Wards in District 2 have been joining hands to cope with the problem and ensure order in the area.

Officers have been tasked with patrolling the streets once every two hours on weekend evenings, the official continued.

“The situation is still difficult to manage as many people who throw the BBQ parties do not reside in the three wards,” he added.

“We will coordinate with other ward and district-level administrations to deal with the issue. We also hope that citizens will increase their awareness of protecting the environment.”