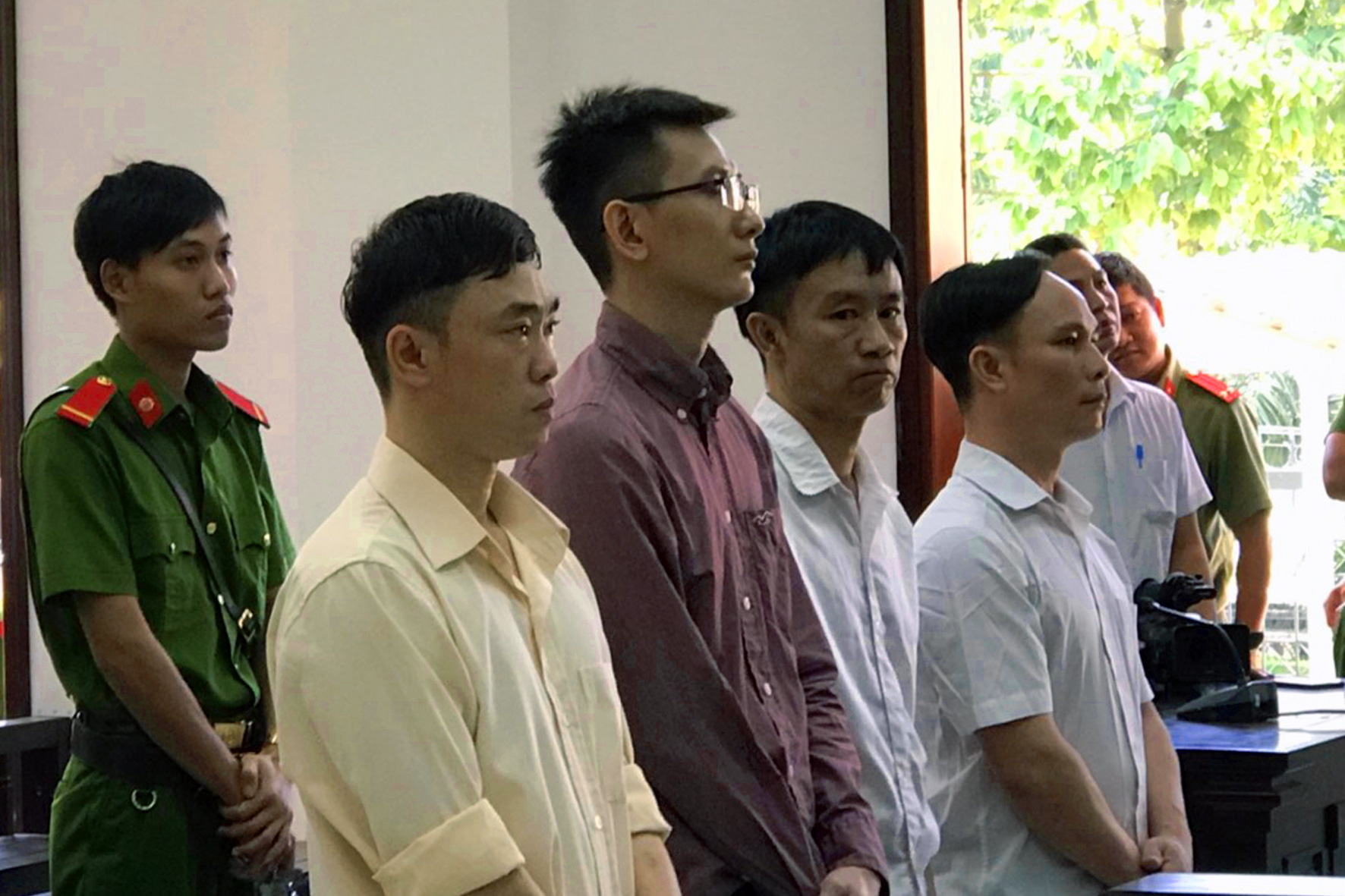 Four men have been jailed for plotting explosive attacks at power stations in southern Vietnam as part of their plan to disrupt security.

Hoan anh Trung were each sentenced to three years in prison, while Thanh and Khue got two years and six months each for “disrupting security.”

According to the indictment, the defendants would often read Internet contents that go against the regime, incite demonstrations, and stir up disorder.

A Facebook account named ‘Lisa Nguyen,’ whose owner allegedly lives overseas, then contacted the four men and manipulated them into plotting protests and public disorder during the Reunification Day (April 30) holiday this year.

The five also planned attacks using explosives and prepared escape plans in case they had to deal with local authorities in Dong Nai.

Hoan came up with a detailed plan for their plot, and downloaded 12 tutorial videos from the Internet to show other members how to make explosives.

Among the members, Thanh claimed to have experience in using explosives as he had previously participated in several demonstrations.

Meanwhile, Trung suggested that the group buy the explosives from a man in the Central Highlands of Dak Lak.

The four men were arrested by police officers on April 25 before they could execute the elaborate scheme on the planned day of attack on April 28.