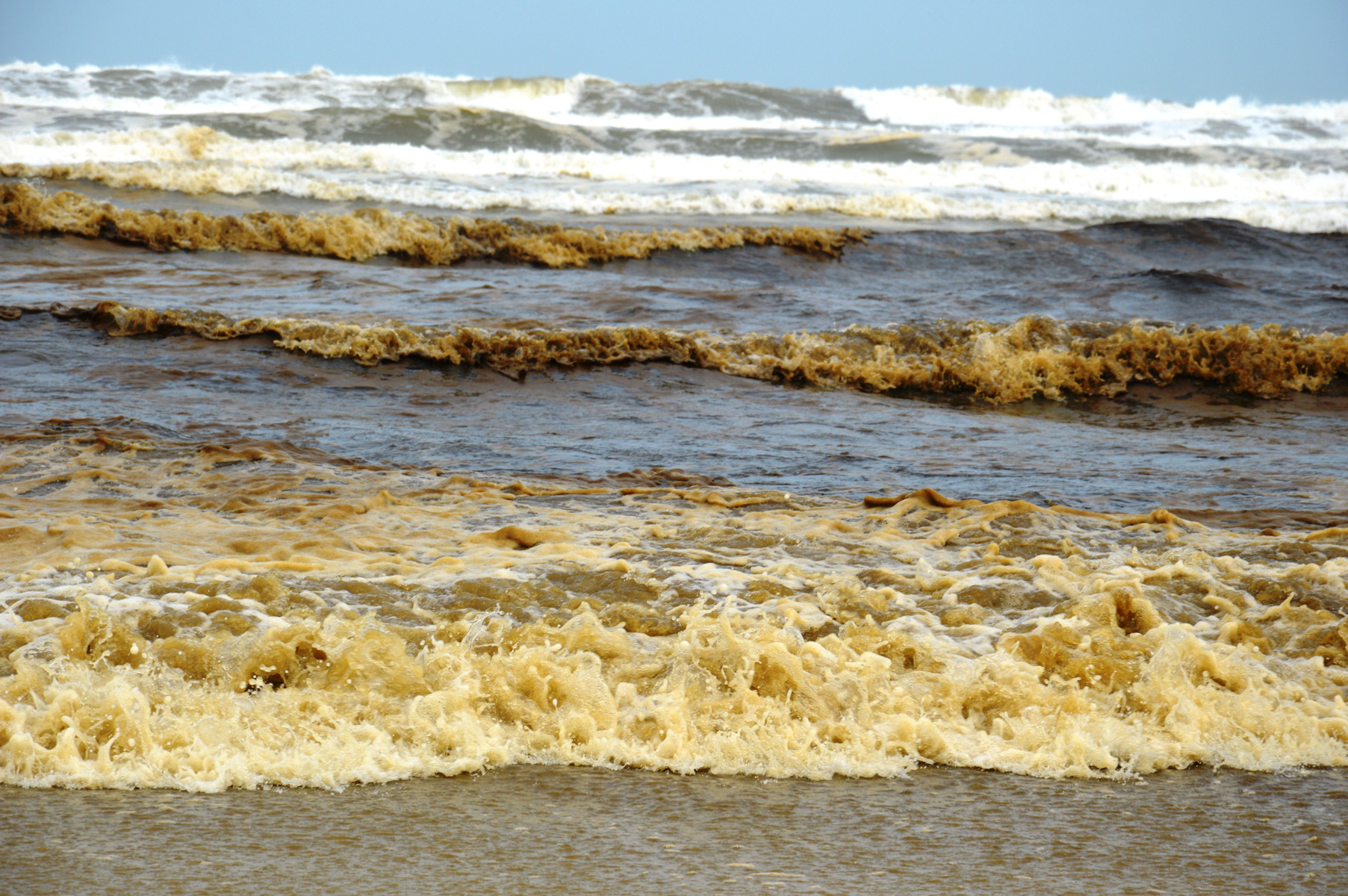 Dark-color water and yellowish foam have been spotted along a beach near a major economic zone in the central Vietnamese province of Quang Ngai, with local authorities now scrambling to identify the cause.

By Wednesday afternoon, the sea along a two-kilometer section of Khe Hai Beach in Binh Thanh Commune, Binh Son District had turned unusually dark, with yellowish foam washing up with the waves.

Despite the strange color, no odd odors were detected.

Local residents have reported that situation has been ongoing for over a week and many say they believe it began with an oil spill.

“I hope authorities deal with this issue quickly because both locals and visitors no longer feel safe coming to the beach,” said Oanh, a local resident.

A representative from the office of natural resources and environment in Binh Son District confirmed on Wednesday that the agency had collected samples of the sea water.

Initial information indicated that the water was not affected by oil.

The samples will be submitted to the provincial environmental department for further evaluation.