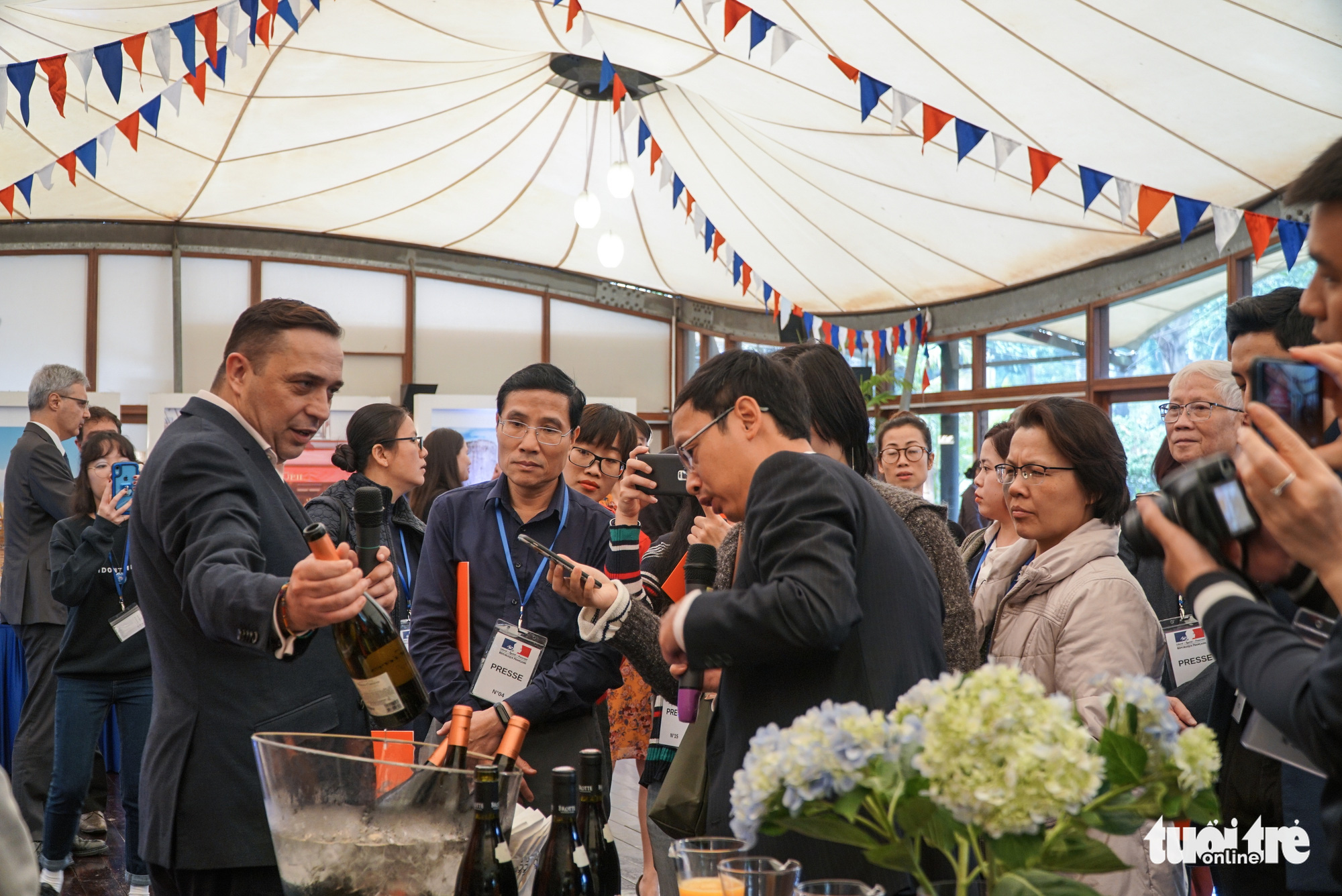 -- Eight Vietnamese nationals are suspected to have been killed in a fire that broke out at a farm in the suburbs of Moscow, the capital city of Russia, on Tuesday, according to Russian media. A foreign ministry official told Tuoi Tre (Youth) newspaper on the same day that the Vietnamese Embassy in Moscow had sent officials to the site to coordinate with local authorities in identifying the victims.

-- Former Minister of Information and Communications Nguyen Bac Son has filed an appeal against the life sentence handed to him by a court in Hanoi last month in the first instance trial of a notorious deal where telecoms giant MobiFone tried to buy a 95 percent stake in pay-per-view TV company AVG, which could have caused losses worth over VND6.5 trillion ($281.3 million) to the state budget.

-- The administration of Ho Chi Minh City has submitted to the Ministry of Construction a plan to upgrade an existing biological treatment plant in Binh Tan District into a massive wastewater treatment complex capable of treating wastewater for a 91.5-square-kilometer area encompassing 56 wards in nine of the city’s 24 districts.

-- The State Bank of Vietnam has issued a document requesting credit organizations and branches of foreign banks to increase lending to prioritized production and business sectors, and accelerate credit programs as part of efforts to limit underground lending rackets.

-- Vietnam Airlines plans to offer nearly 600 flights during Tet, or Lunar New Year holiday, from January 9 to February 2 this year, marking a year-on-year increase of 12 percent in the number of Tet flights operated by the national flag carrier.

-- Mu Cang Chai, a remote district in the northern Vietnamese province of Yen Bai, was placed at the top of a 2020 travel list compiled by U.S.-based media site CNBC, which praised the district’s breathtaking terraced rice fields.

-- The second ‘Balade en France’ food festival featuring French cuisine, which was held for the first time in Hanoi in 2018 to roaring success, will return to the Vietnamese capital for three days this weekend, January 10-12, at a pedestrian street near downtown Hoan Kiem Lake.

-- The first Ha Long international music festival is scheduled to take place in the northern province of Quang Ninh on January 10-11 with the participation of over 100 Vietnamese and foreign artists, including those from the Guangxi Arts Institute of China, the Magic of Nomads band of Kazakhstan, and the Yushoku-Hot band of Japan.

-- Around 3,100 runners from 42 countries and territories will race up to 70km on trails through orchards and tea fields in the second edition of the Vietnam Trail Marathon (VTM), which will take place in Moc Chau District in the northern mountainous province of Son La on January 11.