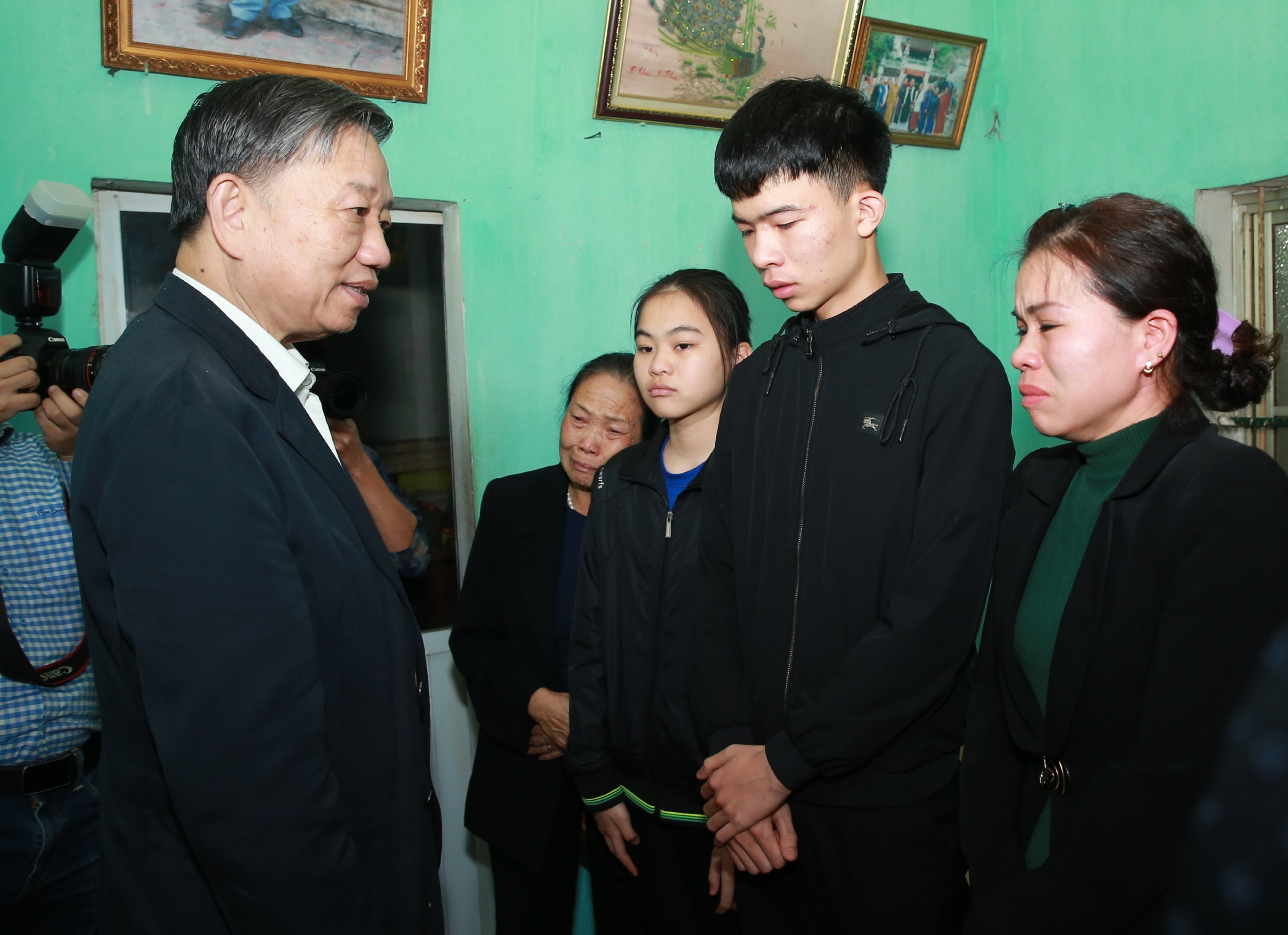 Three police officers who were killed during a disturbance in a suburb of Hanoi last week have been honored with national merits and honorary titles from Vietnam’s leaders.

The Ministry of Labor, War Invalids, and Social Affairs announced on Sunday that the prime minister had issued a decision on granting certificates of national merit to the three police officers, who died while performing their duty in Dong Tam Commune, located in the suburban district of My Duc in the capital.

On Friday last week, Party General Secretary and State President Nguyen Phu Trong signed a decision to award the First-Class Feat of Arms Order to each of the three police officers.

The officers were honored for their “outstanding service, which greatly contributed to national protection,” the decision reads.

A funeral will held for the three officers at a state funeral home in Hanoi from 7:30 am on Thursday.

The disturbance erupted on the morning of January 9 in Dong Tam Commune, where some units of the Ministry of National Defense and competent forces were building protective walls around Mieu Mon Airport, a military airfield.

According to the Ministry of Public Security, a number of rioters, armed with grenades, petrol bombs, and other weapons, attacked those working at the construction site.

The three were killed subsequently.

On Friday, the investigation unit of Hanoi police launched criminal proceedings against the case to investigate three charges including "murder," "illegally storing and using weapons," and "resisting on-duty officers."

Around 30 people have been arrested for the investigation, and legal proceedings have been launched against 22 as of Tuesday.