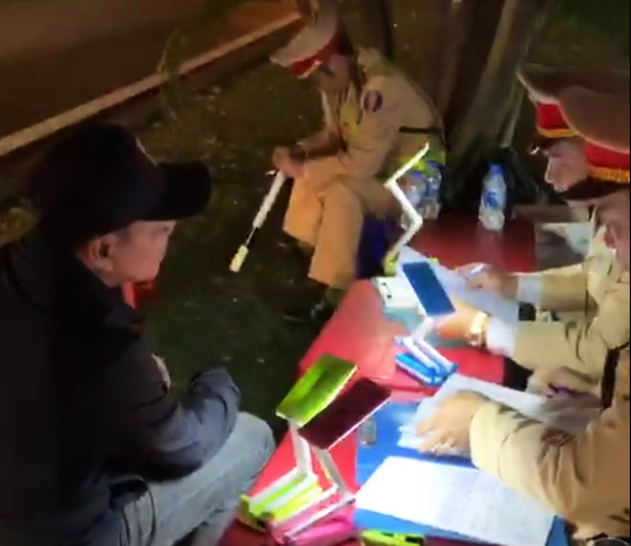 A man in the northern Vietnamese city of Hai Phong has been slapped with a hefty fine and license revocation for driving an ambulance under the influence of alcohol.

The municipal traffic police division confirmed on Wednesday morning it had imposed a fine worth VND35 million (US$1,500) upon Nguyen Van Vinh, 51, who works as an ambulance driver at the city’s forensic center.

Vinh also had his driver’s license revoked for 23 months.

The vehicle had its siren on but kept traveling back and forth on the street without heading anywhere specific.

After pulling the vehicle over, officers discovered that there was no one in the vehicle except for the driver.

Vinh, the driver, attempted to abandon the ambulance and walk away after being asked to take a breathalyzer test to check his breath alcohol level.

He eventually agreed to cooperate, and the result showed that his alcohol concentration was 0.841 milligrams per liter of breath.

Driving while having over 0.8 milligrams of alcohol in a liter of breath is punishable by VND30-40 million ($1,300-1,725) in fines and 22-24 months of driver’s license revocation, according to the latest government decree specifying fines for traffic violations in Vietnam.

As Vinh failed to present his driver’s license and other documents related to the ambulance, police officers decided to impound the vehicle for seven days.