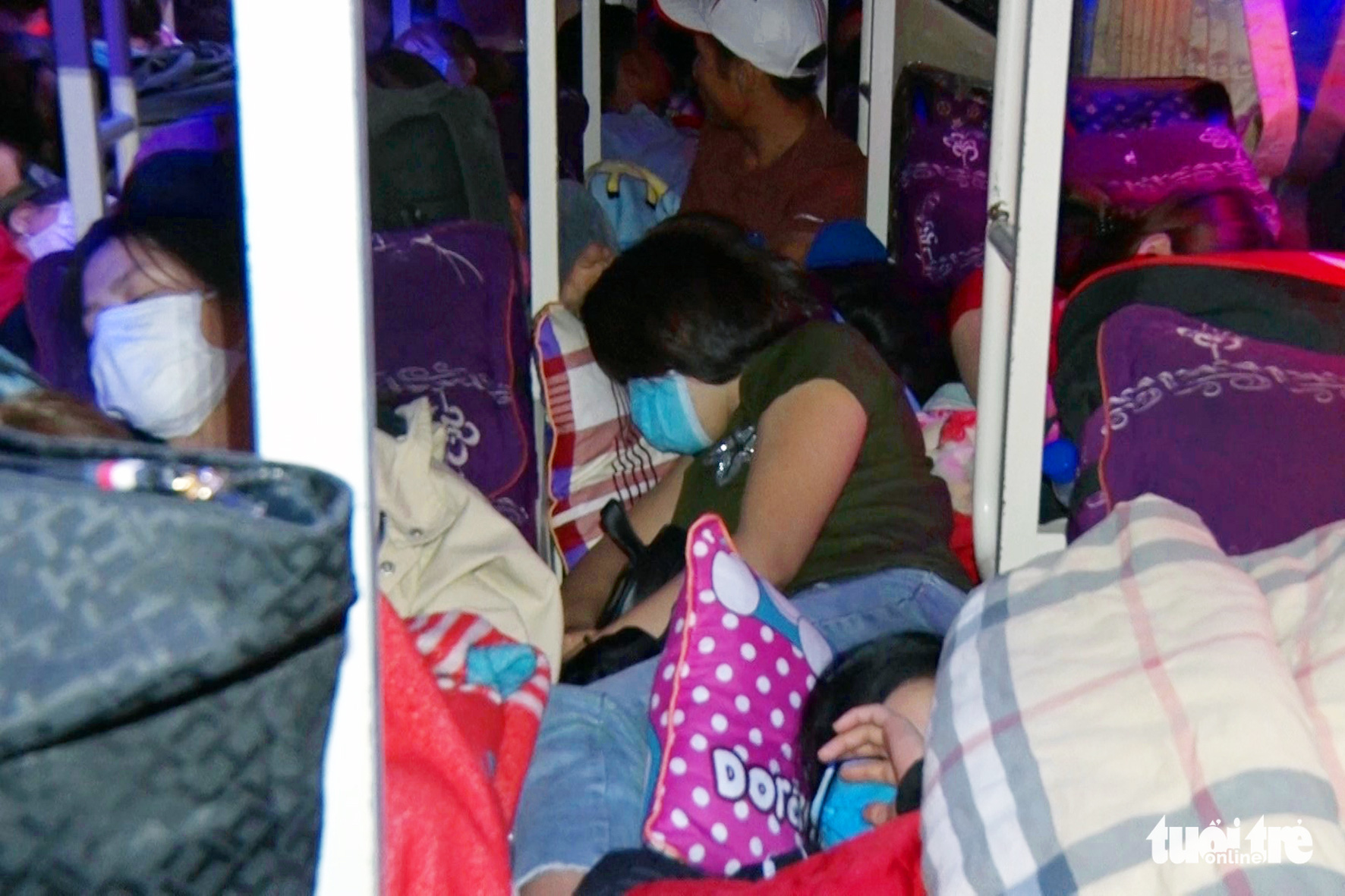 A 46-seater sleeper bus was caught carrying 99 people by traffic police officers in the southern province of Dong Nai on early Tuesday morning as travel demand peaks days before Tet.

Dong Nai police said on Tuesday they had impounded a sleeper bus for carrying passengers exceeding its capacity by 53 people.

The 46-seater sleeper bus was traveling on National Highway 1A from Ho Chi Minh City to the north-central province of Nghe An in the small hours of the same day when it was pulled over by traffic police officers in Dong Nai for an inspection.

Ninety-nine people in total were packed inside the overly crammed bus at the time.

The driver, 40-year-old Tran Van Ha from Nghe An, was also in violation of having extra seats installed on the vehicle against the original design, lacking a vehicle inspection certificate, and carrying oversized luggage.

According to Ha, most passengers are workers in the southern province of Binh Duong who were on their way back to their hometown in Nghe An for the Lunar New Year holiday.

Ha said he wanted to “earn a little more” by carrying more passengers as it was his last trip before taking a holiday break.

Dong Nai police booked the driver and impounded his vehicle.

Passengers on the sleeper bus were put onto other buses to continue their journey.

Carry passengers exceeding a vehicle’s capacity is punishable by an administrative fine of VND1-2 million (US$43-86) per excess person, capped at VND40 million ($1,730) in total, according to a 2013 government decree specifying fines for road traffic violations.

Tet, or Lunar New Year, is the biggest public holiday in Vietnam which will fall on January 25 this year.

Around one week before and after the date is the peak traveling season in Vietnam.

Planes and trains are often fully booked weeks in advance while overcrowding is a common issue on passenger buses during this period, as hundreds of thousands embark on a mass migration from big cities back to their hometowns for family reunions.