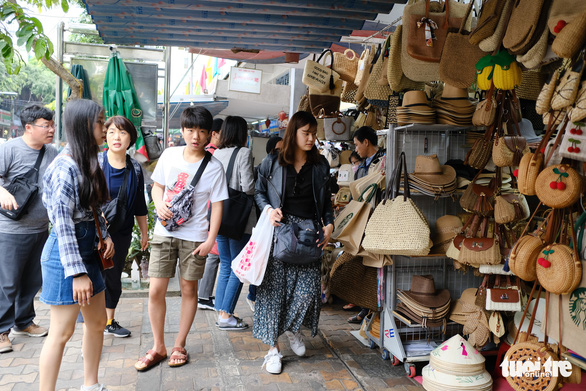 Vietnam has imposed a temporary suspension of entry on people with recent travel history to areas affected by the novel coronavirus disease (COVID-19) epidemic as per a new directive signed by Prime Minister Nguyen Xuan Phuc.

In the new directive, PM Phuc asked the Ministry of Foreign Affairs to promptly inform South Korea and other countries and territories about Vietnam’s newly adopted measures to prevent the spread of the COVID-19 epidemic.

The COVID-19, which first surfaced in the Chinese city of Wuhan in December 2019, has infected over 82,000 people and killed 2,800 globally as of Wednesday, according to the South China Morning Post.

South Korea has confirmed 12 deaths and almost 1,600 infections so far, with the majority of them in Daegu, its fourth-largest city, and its neighboring North Gyeongsang Province, according to Reuters.

South Korea accounted for a quarter of Vietnam’s 18 million tourists last year - the biggest group after Chinese visitors, whose travel had already been curtailed because of the virus, Reuters reported.

As per Vietnam’s measures to fight against the spread of COVID-19, all travelers coming from any area that has reported cases of COVID-19, including parts of South Korea, are suspended from entering the Southeast Asian country.

Those who travel to Vietnam for special official duties will have to make health declaration and be quarantined for 14 days after arrival in accordance with current regulations.

Vietnamese who are living and working in South Korea, especially in Daegu City and North Gyeongsang Province, should seriously follow instructions on epidemic prevention and control of the host country.

The Ministry of Public Security will provide information about incoming travelers with travel records to affected areas to the Ministry of National Defense, the Ministry of Health, and People’s Committees of relevant provinces and cities to carry out isolation measures.

The Ministry of Public Security was tasked with providing information about travelers from South Korea who entered Vietnam from February 11, 2020 for local authorities to monitor their health and timely isolate them if necessary.

All of them have fully recovered and been discharged from the hospital as of Wednesday morning.