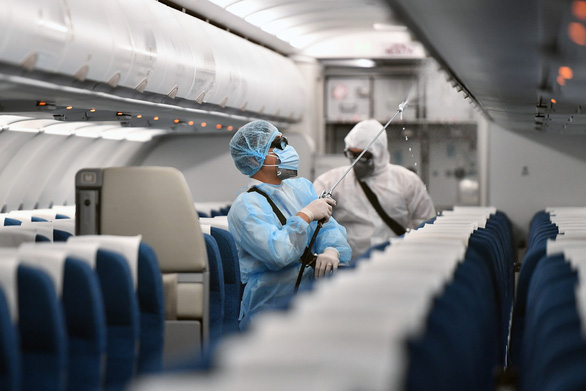 New case in Hoi An, a Briton, brings Vietnam’s COVID-19 infections to 33

Vietnam’s Ministry of Health has confirmed the country’s 33rd new coronavirus disease (COVID-19) infection who is another passenger on the London – Hanoi flight that carried the country’s ‘patient No.17.’

The new patient is a British man who came to Vietnam on flight VN0054, operated by national carrier Vietnam Airlines, from London that landed at Noi Bai International Airport in Hanoi during the small hours of March 2.

The 58-year-old man then traveled to Hoi An City in the central province of Quang Nam.

He was sampled by Quang Nam’s Center for Disease Control and tested by the Pasteur Institute Nha Trang in the south-central city of Nha Trang.

The test results have shown that he is positive for the novel coronavirus, making him the 13th passenger on the flight VN0054 to have been infected with COVID-19.

He is currently quarantined and treated in Quang Nam.

At least 13 people traveling on flight VN0054 have tested positive for the virus since N.H.N., a 26-year-old Vietnamese woman who was on the same flight, was announced Vietnam’s ‘patient No.17’ on Friday last week.

N.’s aunt and chauffeur, who drove her to the hospital, were also infected.

A 24-year-old Vietnamese woman who arrived in Ho Chi Minh City on a private jet earlier this week has also tested positive for the virus after interacting with N. at the Milan Fashion Week in Italy last month.

The novel coronavirus, which first emerged in the central Chinese city of Wuhan in December 2019, has infected over 114,100 people and killed more than 4,000 globally, according to Ministry of Health statistics.

Vietnam has so far confirmed 33 infections, including 19 Vietnamese, two Chinese nationals, one Vietnamese American, nine British citizens, one Mexican, and one Irish national.

Sixteen of the patients had recovered and been discharged from the hospital by February 26, while 17 others were still under treatment as of Tuesday afternoon.

At least 15 other infections can be traced back to the Hanoi woman, with over 100 people in Vietnam being placed in quarantine for interacting with N. or with those who had close contact with her.