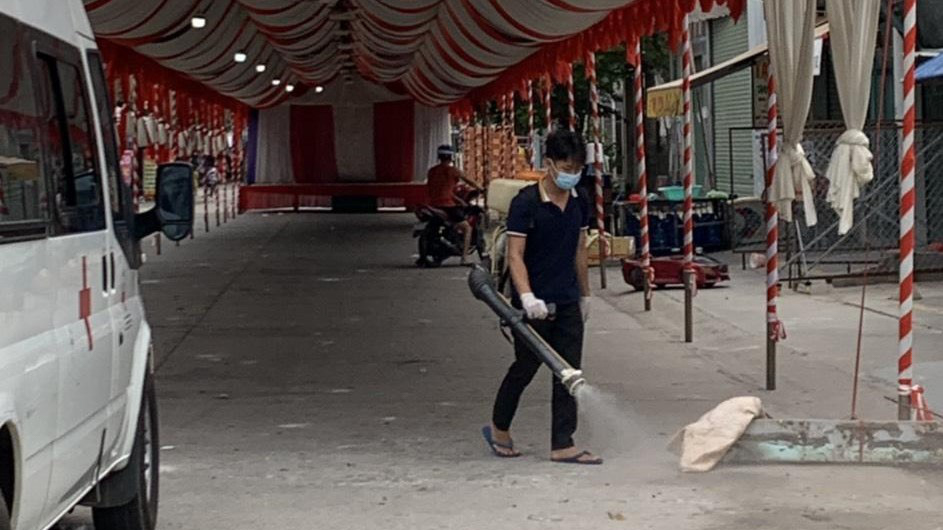 A South Korean-invested cutlery factory in the southern Vietnamese province of Binh Duong has been shuttered and placed under total lockdown after one of its employees tested positive for the novel coronavirus in South Korea.

The company's 800 employees have been temporarily suspended in light of the incident.

The foreign-owned company, which makes cutlery, is located at an industrial complex in Uyen Hung Ward, Tan Uyen District in Binh Duong, around 45 kilometers from Ho Chi Minh City.

L.K.N, a South Korean national, entered Vietnam on January 31 and worked at the company until March 31, when he left for Ho Chi Minh City and boarded a flight from there back to his home country.

He arrived in South Korea on April 1 and tested positive for the novel coronavirus shortly after, according to information provided by South Korean authorities to the Vietnamese side.

Forty-six people, including three South Korean nationals staying at the company's dormitory in Binh Duong and four South Korean citizens living in Ho Chi Minh City, have been identified as having been in close contact with the patient during his two-month stay in Vietnam.

Among them, those in Binh Duong have been placed in quarantine at a provincial military school.

Meanwhile, eight company workers who were in contact with the South Korean man have since returned to their hometowns in the provinces of Binh Thuan, Vinh Long, Ca Mau, Dong Nai, and Binh Phuoc.

Authorities in these provinces have been notified of the incident to take necessary measures to monitor and quarantine the citizens in question.

The Binh Duong Department of Health said it will continue to look out for any update on the condition of L.K.N from South Korean authorities to take appropriate measures.

Vietnam's Ministry of Health confirmed another patient of the novel coronavirus disease (COVID-19) in the northern province of Ninh Binh on Saturday afternoon, bringing the national tally to 240, with 90 having recovered.

Patient No. 240 is a Vietnamese woman who works in Bangkok, Thailand.

On March 19, she attended a party in Thailand with patient No. 166. The following day, she boarded flight VN618 from Bangkok to Hanoi.

She was quarantined after arrival at a military facility in the northern province of Ninh Binh.

The woman tested positive for the novel coronavirus on April 1 and was transferred to Ninh Binh Province General Hospital on the same day.

Her six roommates at the quarantine facility have all tested negative for the virus.