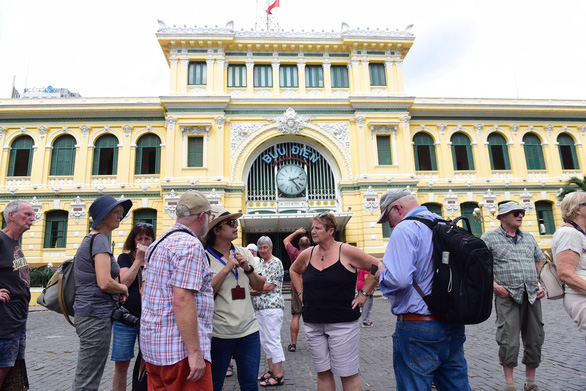 At least 358 foreigners stranded in Vietnam due to canceled flights and closed borders amid the novel coronavirus disease (COVID-19) pandemic say they want to go home.

The incomplete data was announced by the Vietnam National Administration of Tourism (VNAT) on Friday, April 17, one week after local tourism authorities started reviewing the numbers of foreign tourists staying at accommodation establishments in their localities.

These foreigners, who are of 43 different nationalities, say they wish to return to their home countries.

They were caught by closed borders, airport shutdowns, canceled flights, or quarantine regulations as countries across the globe have been exerting efforts to contain the spread of COVID-19.

According to the VNAT, the number could grow in the next few days as the agency is still waiting for reports from about ten more localities.

After finalizing the number of stranded foreigners who want to exit Vietnam, VNAT will make make a report to related agencies to arrange flights to transport the foreign nationals home as soon as possible.

In Ho Chi Minh City, there are currently 470 international tourists staying at local accommodation establishments, according to the municipal tourism department. Only 31 of them want to return home.

Vietnam has so far reported 268 cases of COVID-19, a tally that has remained unchanged for two days straight as of Saturday morning.

Of the patients, 198 or nearly 74 percent have recovered and been discharged while 70 are still in hospitals.

No deaths related to the respiratory disease have been reported in the country.