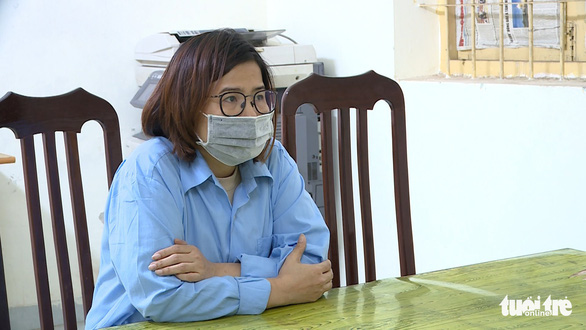 Hanoi Police have launched legal proceedings against and arrested two executives and an employee at a local company for manufacturing thousands of counterfeit sets of medical gear passed off as another company's products.

According to preliminary information, a task force from the Department of Market Management under Vietnam's Ministry of Industry and Trade in coordination with its Hanoi unit discovered a warehouse full of suspected counterfeit medical supplies on Tay Son Street in Dong Da District on April 8.

Many employees were found making face masks, surgical coveralls, medical disinfectants, chemicals and other miscellaneous medical supplies and packaging the items at the premises.

Over 1,300 medical suits discovered at the facility are counterfeits passed off as products of Phuc Ha Pharma, another Vietnamese manufacturer of medical gear, according to the result of forensics conducted by Hanoi's police bureau.

Binh has admitted her leadership role in the illicit business operation of Duc Anh Medical.

On Friday, the People's Procuracy of Hanoi approved the launch of legal proceedings against the three suspects and their arrest warrants.

They are put away for a maximum of three months and 21 days while investigators look into the case.

Manufacturing or trading of counterfeit goods is a criminal offense punishable by between one and 15 years in prison, according to the Penal Code of Vietnam.