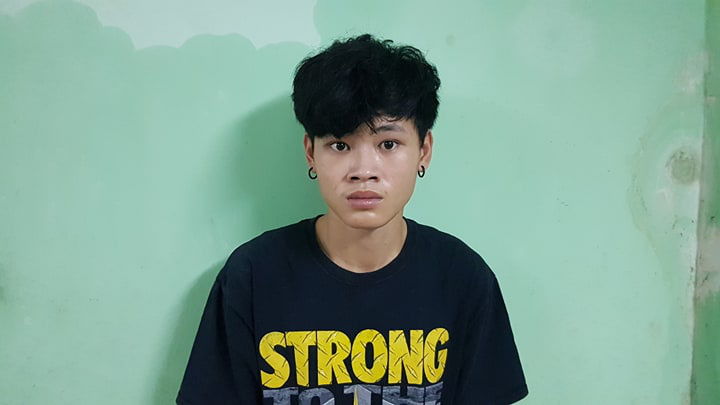 A young man has turned himself in to police in Ho Chi Minh City after being caught in a viral video attempting to rape a mentally ill woman in a secluded alley.

Truong Gia Huy, 21, has been taken into custody by the police unit in District 5 after turning himself in on Saturday night.

The video clip of the incident has gone viral on social media in the past few days.

According to H., a District 5 resident who shot the footage, the crime took place in an alley on Lao Tu Street at around 1:00 am on Saturday.

H. first heard some strange noise outside and checked his window. He then saw a man assaulting a woman sexually and decided to film the incident.

He reported the incident and submitted the evidence to police officers at around 11:20 am the same day.

In the clip, the suspect was seen wearing the outfit for drivers of Be, a Vietnamese ride-hailing app.

Police checked the license plate of the suspect’s motorbike, which clearly shows in the footage, and identified the owner as a man named H.H.N..

N. said he had been a Be driver until early April, when he returned to his hometown in the Central Highlands province of Dak Nong and lent the motorbike to Huy, who is one of his friends.

In his statement, Huy claimed he was riding the motorcycle in the neighborhood when he saw a woman walking by herself on the street.

As he knew the woman appeared to be mentally ill, Huy waited for her to walk to a secluded alley before getting off his bike and approaching the victim.

Huy forced the woman to have oral sex with him. As she resisted Huy, the man continued to forcefully touch her body.

Huy then returned to the motorbike, taking out a screwdriver to threaten the victim, and pushing her down to the ground.

A local resident later walked by, before Huy ran away on his vehicle to avoid getting caught.

Officers have worked with the victim, a 43-year-old woman named H., but they were unable to collect her statement as she showed signs of mental illness.