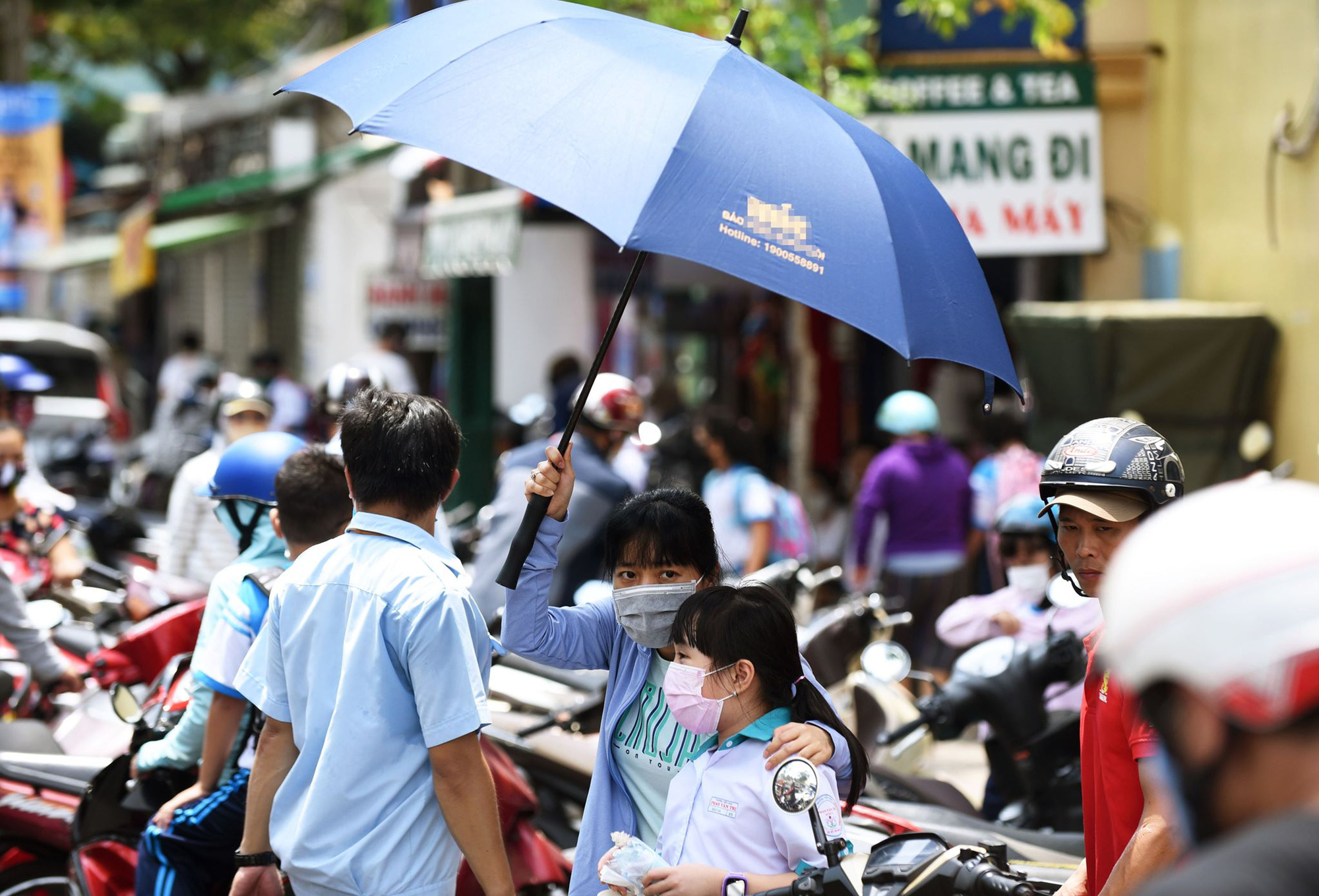 The hot weather has been intense in Ho Chi Minh City, causing local residents to feel unpleasant throughout the entire day, and even at night, with temperatures remaining as high as 29-30 degrees Celsius after dark.

On Monday, the mercury was measured at 34 degrees Celsius at 9:00 am, but the real-feel temperature was up to 40 degrees Celsius, according to Le Thi Xuan Lan, a weather pundit based in southern Vietnam, adding that UV Index was also at a harmful level at this time of the day.

However, clearer skies mean less cloud to block the direct UV rays from the sun, which causes the temperature to become scorching, Lan elaborated.

As the rainy season nears, the high amount of water vapor in the air reduces the temperature differences between day and night.

When water changes from vapor to liquid, it will release an extra amount of heat into the air, which makes the atmosphere hotter and more unpleasant, Lan stated.

According to the weather expert, a storm has recently formed on the Bay of Bengal and is gathering strength, which may result in rainfall on Tho Chu and Phu Quoc Islands off the southern Vietnamese province of Kien Giang.

A low-pressure zone in the Philippines is also expected to evolve into a storm in the next two or three days.

Southern Vietnam is forecast to enter its rainy season between May 16 and 20, and the heat should be alleviated at that time, Lan said.