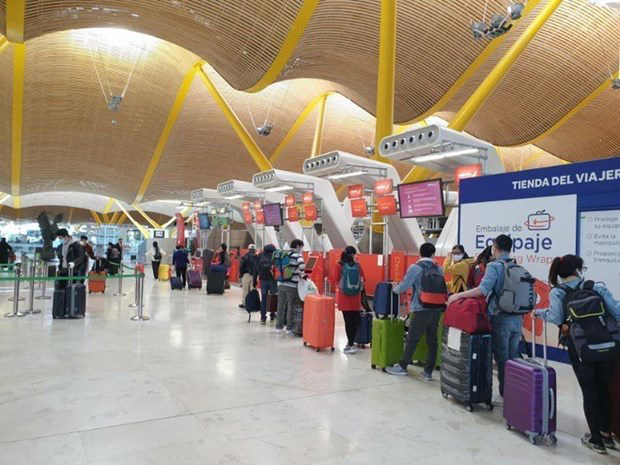 — About 540 Vietnamese citizens were repatriated from the United States and Europe on Friday and Saturday after they had been stranded in these countries due to the novel coronavirus disease (COVID-19) pandemic. All of them were brought to quarantine camps following their arrival.

—A British pilot who is in a critical condition due to COVID-19 has tested negative for the virus five times in a row, while his health has slightly improved as of Saturday. The patient still requires a lung transplant as 90 percent of his lungs have collapsed.

— Seven fishermen have been brought to safety after their boat capsized off the north-central province of Thua Thien – Hue on Saturday night, according to the Vietnam Maritime Search and Rescue Coordination Center.

— A 51-year-old man and his 24-year-old son were caught on CCTV hitting a security guard and a nurse after they had been asked not to speak loudly at a hospital in the Central Highlands province of Lam Dong.

— Police in the south-central province of Binh Dinh are investigating a street brawl between two groups of men that occurred on Friday night, during which one of the men had his armed chopped off and eventually died of the serious injury.

— Trains that are outfitted with a bar and massage chairs are expected to be put into operation along the route between the central city of Da Nang and the south-central province of Binh Dinh in July.

— While the COVID-19 epidemic has been controlled in Vietnam and business activities have resumed, the retail space market in Hanoi is still gloomy with rentals down by 20 to -30 percent.

— Authorities, seafood producers, and fishermen from 28 coastal cities and provinces in Vietnam gathered at a conference in the south-central province of Phu Yen on Saturday to seek ways to improve the effectiveness of fishing as well as seafood processing and distribution in 2020.

— A musical and artistic program organized by the Ho Chi Minh City Department of Culture and Sport to mark the 130th anniversary of President Ho Chi Minh’s birthday (May 19) will be broadcast live on HTV9 Channel at 9:30 pm on Tuesday.

— The novel coronavirus has infected over 4.71 million people and killed more than 312,300 around the globe as of Sunday morning, according to statistics. More than 1.81 million patients have recovered from COVID-19.