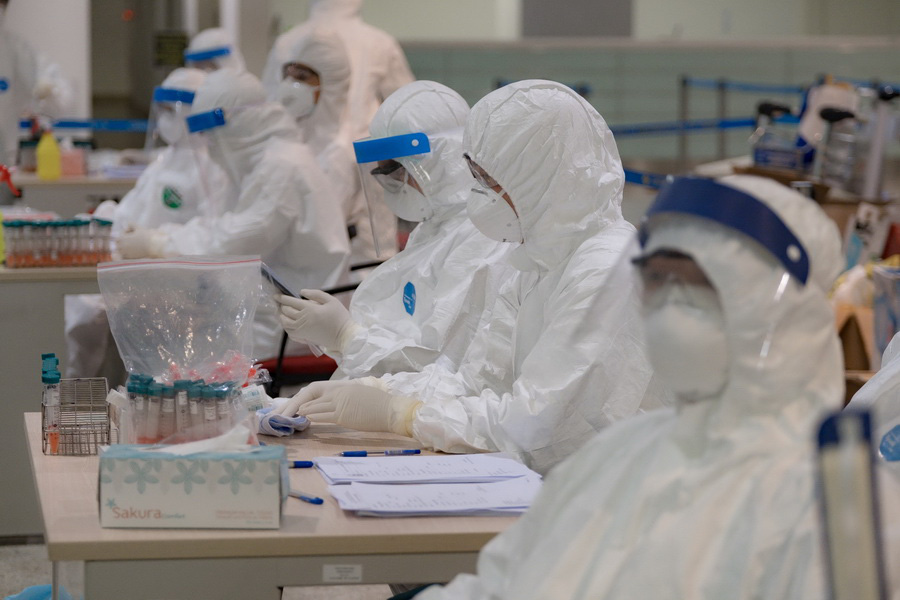 Vietnam confirmed four new cases of novel coronavirus disease (COVID-19) on Monday evening, including two attendants from a flight from Russia and two students who previously studied in the United States.

Patients No. 321 and 322 are two Vietnamese men, aged 44 and 39, who work as flight attendants for national carrier Vietnam Airlines.

They were cabin crew members of flight VN0062 departing Moscow, Russia and landing at Van Don International Airport in the northern province of Quang Ninh on May 13.

After completing immigration procedure and filling out health declaration forms, the cabin crew flew to Hanoi on an aircraft with no passengers.

They then boarded another flight with no passengers to Ho Chi Minh City before being brought to the quarantine facility of Vietnam Airlines in Tan Binh District.

The two patients stayed in the same room at the facility and both tested negative for the novel coronavirus on May 14.

On May 16, one of them developed a fever. He tested positive for the virus on the following day.

His roommate was promptly transferred to another quarantine camp in Cu Chi District and tested positive on Monday.

They are now receiving treatment at a makeshift COVID-19 hospital in Cu Chi.

Thirty-one people on the flight from Russia, including the two flight attendants, have tested positive for the virus to date.

They returned to Vietnam on flight VN001 that landed at Noi Bai International Airport in Hanoi on May 16.

All passengers of the flight were quarantined following their arrival.

The two students tested positive for the novel coronavirus on May 17 and are being treated at the National Hospital for Tropical Diseases in the capital.

The novel coronavirus has infected over 4.88 million people and killed more than 319,900 worldwide as of Tuesday morning, according to Ministry of Health statistics.

Vietnam has confirmed 324 patients, with 263 having recovered. No deaths from the disease have been recorded.

The country has not logged any domestic infections since April 17, as all COVID-19 patients confirmed after this date were imported cases.