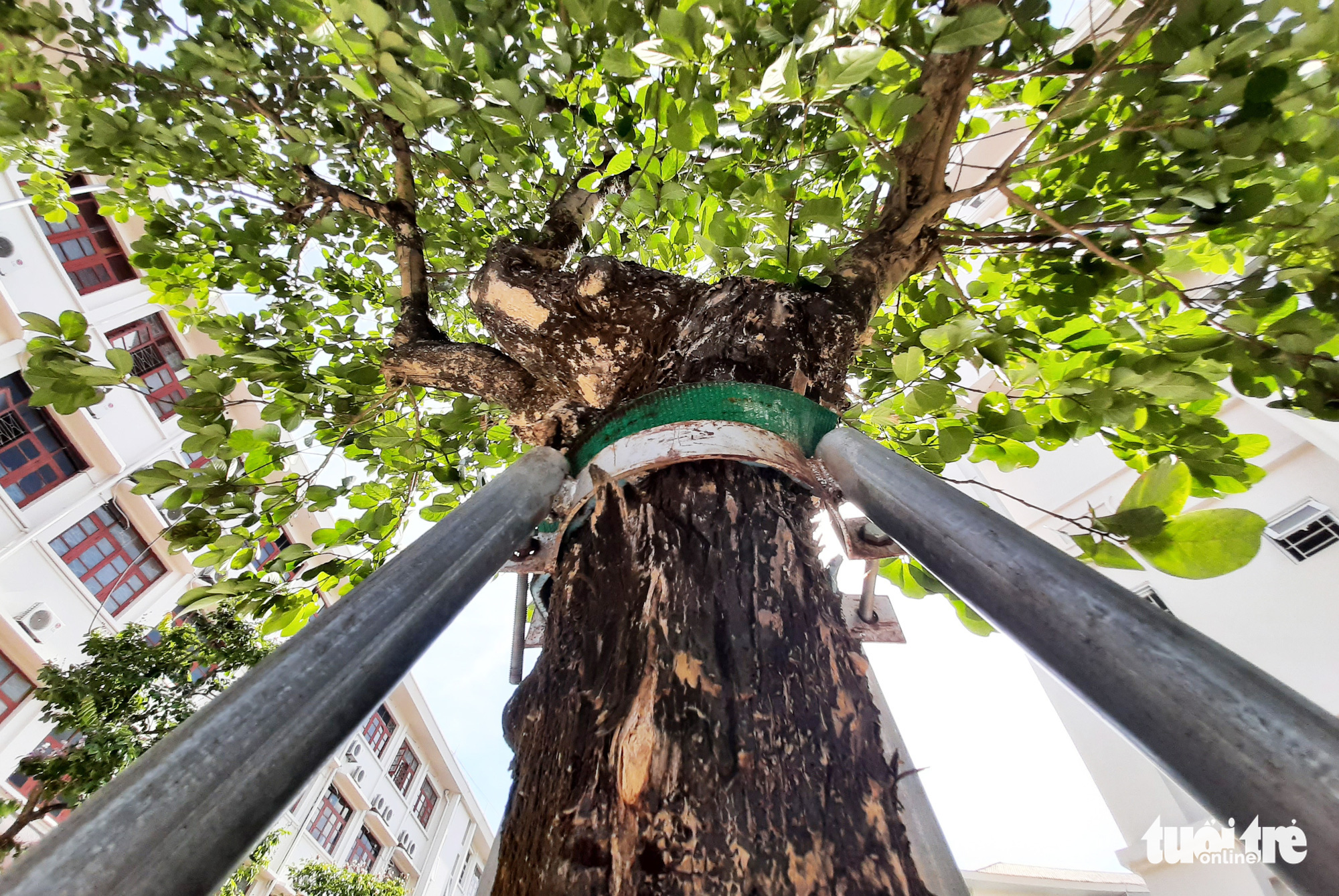 Several schools in Nghe An Province have come up with a unique idea for fortifying their green trees with ‘armor’ to prevent them from being uprooted in this rainy weather.

In Vietnam, authorities in some places usually choose to trim trees to ensure safety when the rainy season comes in late April or early May, as there is a risk that the trees would be uprooted or their branches would fall on people underneath.

However, several schools in Nghe An have decided to leave their trees untouched and instead give their trunks brand new 'armor,' which typically comprises a metal ring and four metal poles.

At Nam Dan 2 High School, located in Nam Dan District, a row of flamboyant trees stands out not only with their blooming blossoms and thickset branches but also with their unique metal armor.

The trees are nearly a decade old and have played an important part in providing shade for students and creating beautiful scenery for the schoolyard, according to Le Van Quyen, the school’s vice-principal.

“We previously used wooden sticks to strengthen the tree trunks, but it was not very effective in stormy weather,” Quyen elaborated.

“Since 2018, we have switched to metal for maximum safety.”

The switch has worked as the flamboyant tress have stood still through the stormy and rainy seasons over the past few years, the vice-principal said.

For other trees that are too old, conventional measures such as pruning and reducing height will still be applied, he added.

Aside from Nam Dan 2 High School, Vinh University, situated in the namesake city in Nghe An, has also been strengthening its trees with metal gear.

“It is much better than trimming off the tree branches as we still need them for shade on sunny days,” a student said.