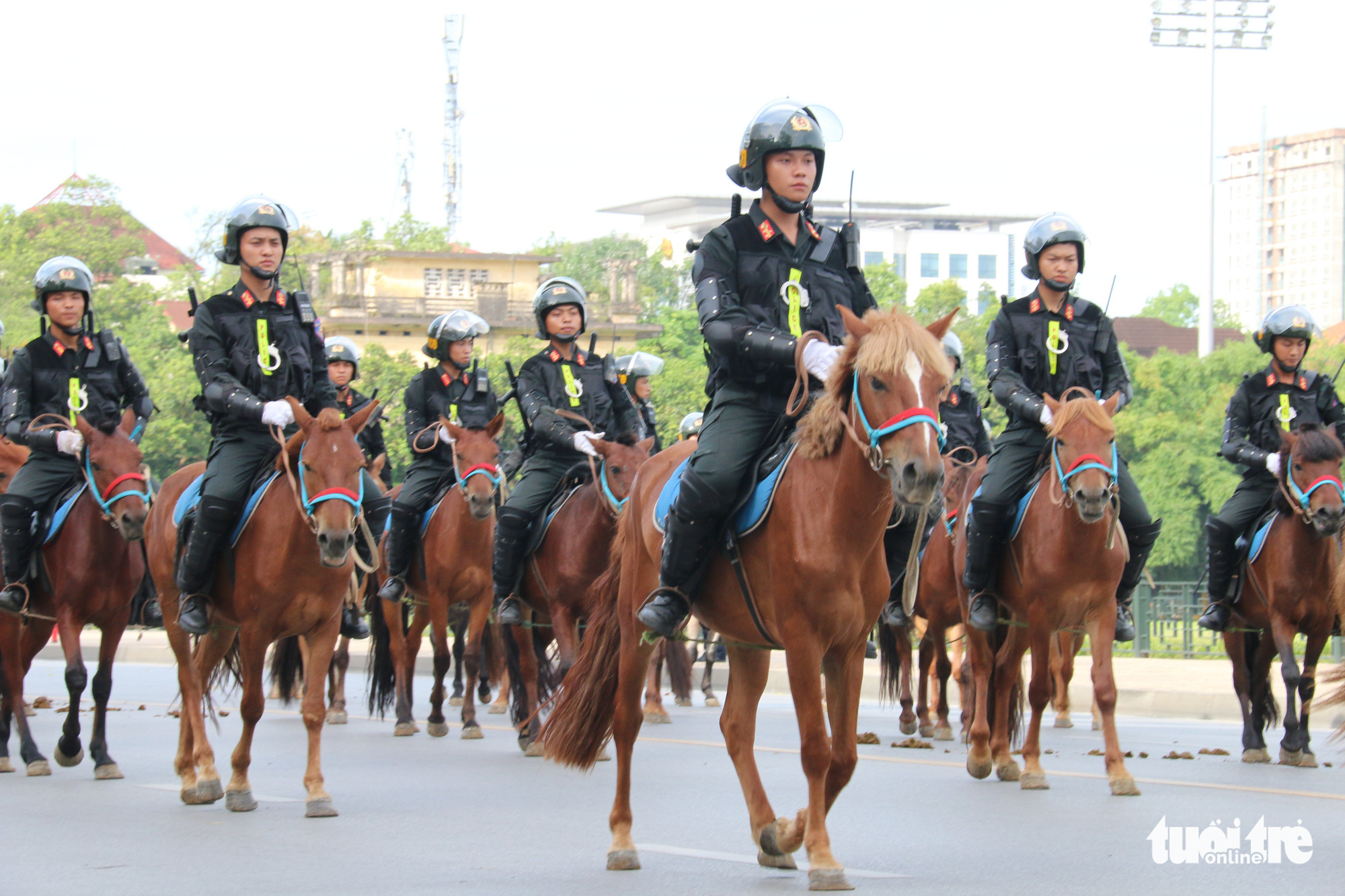 A grand ceremony was organized in Hanoi on Monday morning to mark the debut of Vietnam’s mounted police force.

The launch ceremony and marching of the Mounted Mobile Police Corps took place at Ba Dinh Square in the capital and was attended by deputies from the lawmaking National Assembly.

The unit is managed by the Mobile Police High Command under the Ministry of Public Security.

The force will be mobilized to assist in crime fighting efforts in urgent situations, especially in remote and isolated areas where rough terrain poses challenges to such means of transportation as automobiles and motorbikes.

The use of horses will also be effective in patrols, as well as the control and handling of riots, police said.

In addition, the mounted police force may also be tasked with marching at national-level rites, ceremonies, and processions.

Speaking at the event, NA Chairwoman Nguyen Thi Kim Ngan congratulated the Ministry of Public Security on the establishment of the new police force.

Given the complicated developments of crimes, the Mounted Mobile Police Corps has been set up to strengthen the crime fighting capacity of the country’s mobile police forces, she said.

This is a new policing field while the country has little experience and limited resources, Chairwoman Ngan continued.

However, with the strong determination of the Ministry of Public Security, the new corps is hoped to overcome initial difficulties and fulfill their political missions, and will be ready to defend the nation and peaceful life of the people, she noted.