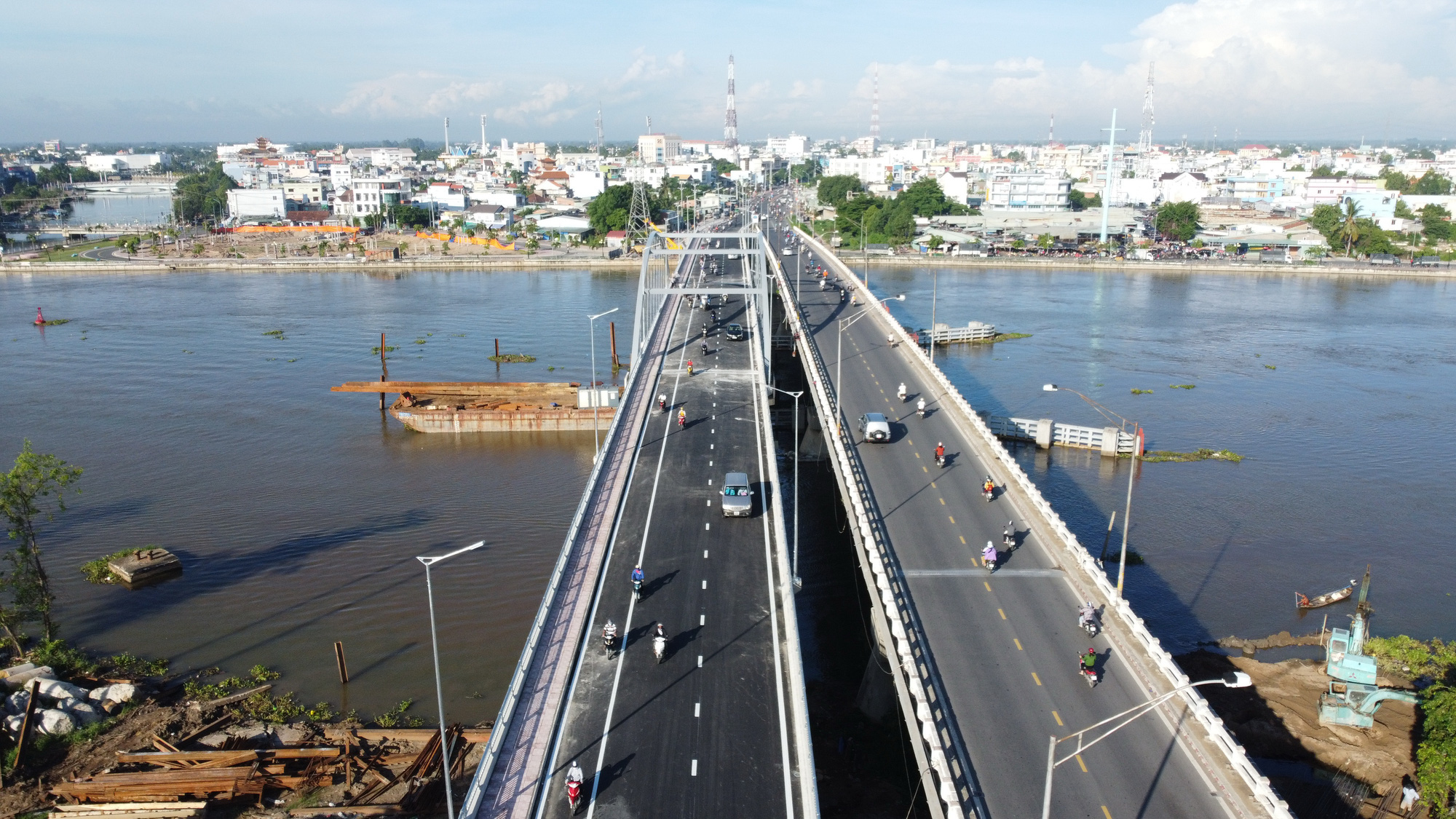 The Japanese government’s official development assistance (ODA) has funded the construction of 23 new bridges in the Mekong Delta of Vietnam that will help to spur transportation and trade in the region.

Their construction has been finished since October last year.

The Vietnamese Ministry of Transport, the bridges’ main developer, in collaboration with the People’s Committee of Long An Province in the Mekong Delta held the opening ceremonies for six of the 23 bridges on Sunday.

One of them is Tan An Bridge, located on National Highway 1, and the other five bridges are part of National Highway N1 going through Long An including Mo Heo, Kenh T62, Kenh T4, Kenh T2, and Kenh 61.

All six of these bridges fall under the umbrella of the Ministry of Transport’s master plan to upgrade the country’s network of national highways.

Tan An Bridge was put into operation on Sunday after eight months of construction at a cost of VND110 billion (US$4.72 million).

The bridge runs parallel to the old Tan An Bridge across the Vam Co Tay River connecting Ho Chi Minh City with provinces in the Mekong Delta region.

The new bridge is hoped to alleviate congestion on the route during peak travel seasons when millions return from Ho Chi Minh City back to their hometowns in the Mekong Delta for big holidays such as Tet, or Lunar New Year.

The other five new bridges’ total investment is VND55 billion ($2.34 million), built with the aim of supporting National Highway N1, which plays an important part in the development of Long An’s border regions.

The bridges officially opened to traffic on Sunday were among 23 new bridges whose construction was funded by surplus capital from the Japan International Cooperation Agency (JICA)’s ODA Loan Agreement signed with the Vietnamese transport ministry at the end of 2018.

Their construction was launched in October 2019 and has been completed at roughly the same time after eight months.

Speaking at the opening ceremony of Tan An Bridge, Deputy Minister of Transport Le Dinh Tho envisioned the new bridge’s contribution to the Mekong Delta region’s transportation.

The new Tan An Bridge would ease traffic jams, continue to improve the road infrastructure connecting Ho Chi Minh City with the Mekong provinces, and reach the remote communities bordering Cambodia, Tho said.

The bridges are also expected to play a significant part in the economic and social development of Long An Province as well as the broader Mekong Delta region, he added.