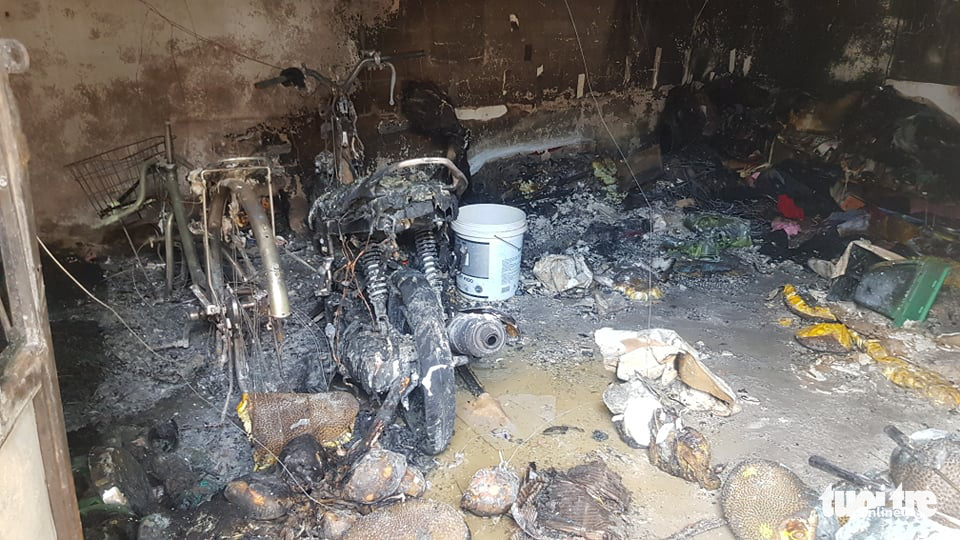 Police in Ho Chi Minh City are hunting for a man caught on CCTV setting a house on fire, leading to the deaths of three tenants on early Friday morning.

A fire broke out at a rented house in an alley on 21E Street in Binh Tan District at around 1:30 am Friday, preliminary information shows.

Firefighting police officers later arrived at the location to put out the flames.

A 35-year-old woman and two young boys, aged 12 and 13, sustained severe burns and were immediately brought to the hospital for emergency treatment.

They eventually succumbed to their serious injuries.

Footage from CCTV cameras installed in the area shows that an unidentified man drove his motorbike to the house prior to the incident.

He was seen leaving small styrofoam boxes outside the house and setting them alight.

The man then left behind his motorcycle and fled the scene.

The Binh Tan District police unit is coordinating with the municipal Department of Police to hunt for the suspect.

Several eyewitnesses said the incident had arisen from relationship conflicts.