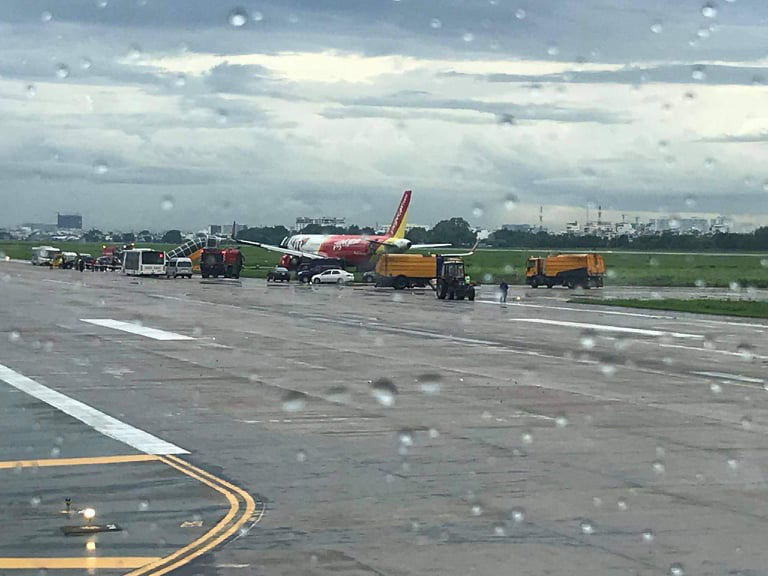 -- The Civil Aviation Authority of Vietnam has suspended two pilots and six members of the aircrew of a Vietjet Air plane which veered off a runway while landing at Tan Son Nhat International Airport on Sunday afternoon, after departing from Phu Quoc Island off Kien Giang Province in southern Vietnam. All passengers and crew members aboard the flight were unharmed.

-- The Forest Protection Department in the central province of Quang Nam on Sunday said it had found two adult elephants looking for food at the edge of the forest in Hiep Duc District’s Phuoc Gia Commune.

It is said that the prolonged hot weather has resulted in insufficient food and water in the forest core so the animals had to seek for food elsewhere. Local authorities are keeping an eye on the animals to protect them.

-- Five fire trucks and numerous firemen were sent to put out a fire that broke out at a 2,000-square-meter scrap warehouse in the southern province of Binh Duong’s Tan Uyen Town on Sunday morning. The fire was extinguished after three hours and no casualties were reported.

-- Seventy-eight percent of the workload on a flood control project for District 7, District 8, and Nha Be District in Ho Chi Minh City, developed at a cost of VND10 trillion (US$430 million) had been completed as of Sunday. The project is expected to be put into operation in October this year.

-- Police and local people in north-central Thanh Hoa Province on Sunday arrested two suspects who had allegedly poisoned 30 cats and dogs and stolen them the night before.

-- By the end of May, Ho Chi Minh City had had 37 tourism companies, including seven foreign and 30 domestic tour operators, filing for bankruptcy as the tourist industry has been hard hit by the COVID-19 pandemic.