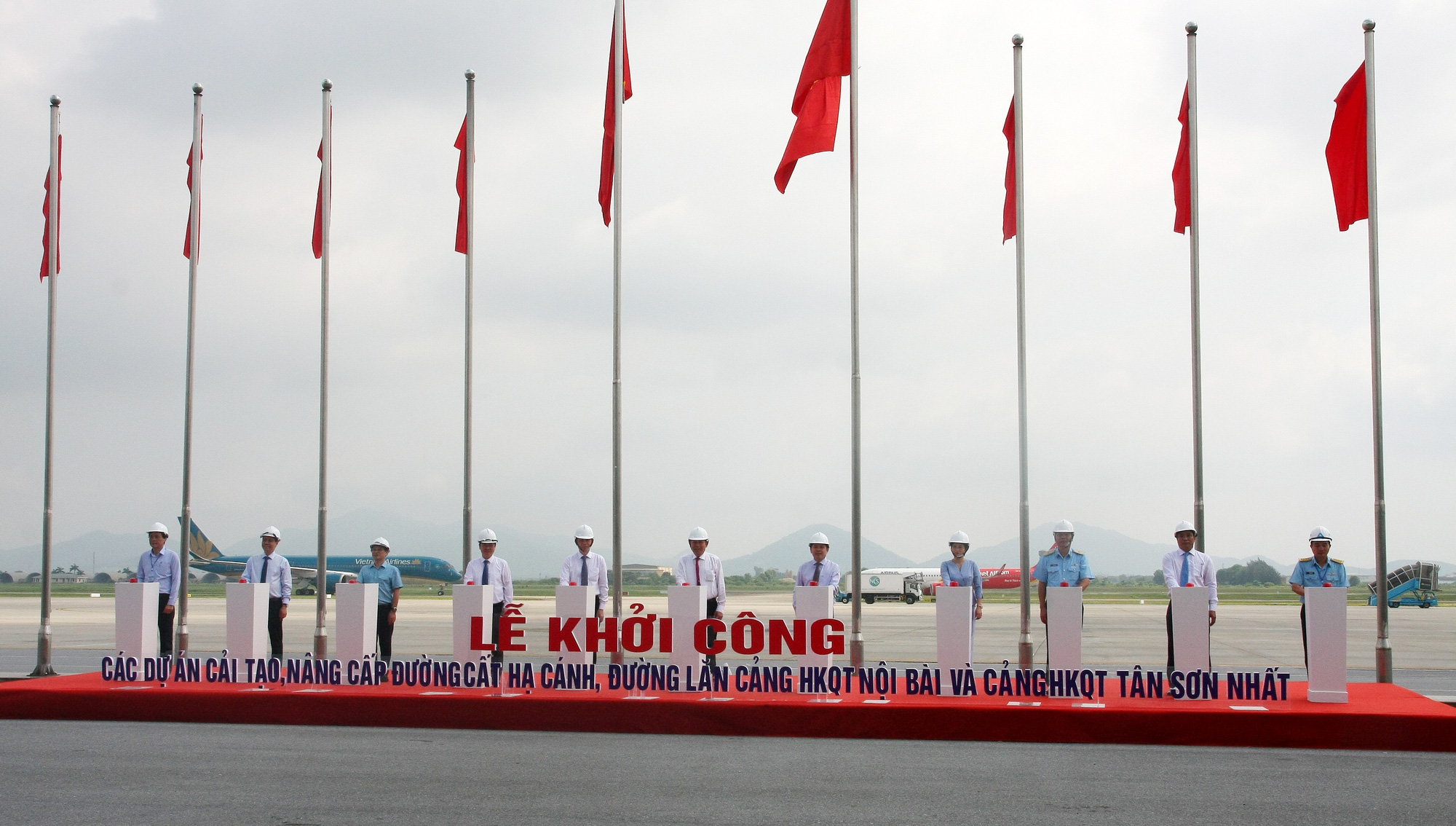 A ceremony was organized in Hanoi to mark the commencement of the two projects with the attendance of Deputy Prime Minister Truong Hoa Binh.

The existing layer of asphalt along the runways will be scrapped off so that their concrete surface can be repaired, before a layer of reinforced concrete, at least 38cm thick, is added.

The project will include the construction of an instrumental landing system (ILS) at the beginning of each runway.

The first phase of the project is expected to take six months, and the 1B runway will resume its operations ahead of the 2021 Lunar New Year.

The second phase will last one year and be finished prior to the 2022 Lunar New Year.

Costing VND2,015 billion ($87 million), the project at Tan Son Nhat International Airport in Ho Chi Minh City will include the upgrade of the 25R/07L runway and the construction of three new taxiways.

The first phase of the project will be carried out in six months, while the second phase will last for 14 months.

The upgrade projects are necessary as the runways of the two airports have been degraded over the past years, especially since 2017 when the two venues started receiving bigger aircraft such as the A350-900, B787-9 and B787-10, according to Deputy Minister of Transport Le Anh Tuan.

The projects will make sure Tan Son Nhat and Noi Bai reach their goals of welcoming 44 million and 50 million passengers per year, respectively, by 2025, Tuan added.