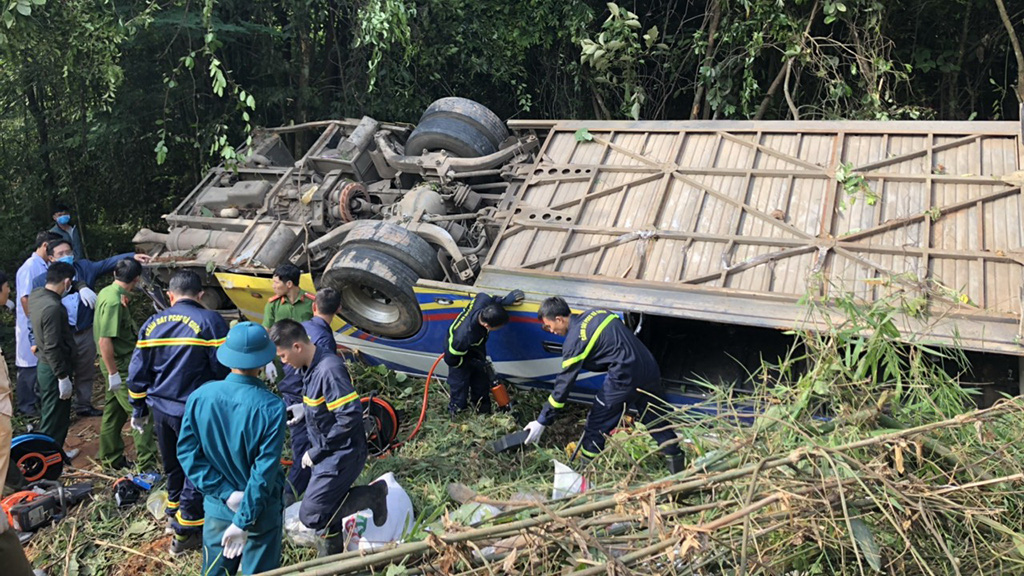 Authorities are probing the cause of a serious accident in which a passenger bus plunged off a cliff in Vietnam’s Central Highlands early on Saturday morning, killing five people and injuring 35 others.

The sleeper bus fell off a 20m deep cliff along Ngoc Vin Pass in Ro Koi Commune, Sa Thay District, Kon Tum Province at around 4:00 am, according to preliminary reports.

The vehicle was carrying a total of 40 people, including the driver, four employees of the bus line, and 35 passengers.

Five of them were killed and 35 others injured following the crash. The wounded are being treated at a general hospital in Kon Tum Province.

The identity of the deceased victims has not been revealed.

Initial investigation showed that the bus might have been traveling at speed prior to the accident, while several passengers recalled hearing the driver shouting that the brakes had failed.

However, the driver told authorities that the vehicle was running at only 35km per hour.

One of the four bus line employees tested positive for narcotics.

According to Senior Lieutenant Colonel Nguyen Man, an official from the provincial Department of Police, the sleeper bus was traveling from north-central Thanh Hoa Province to Ho Chi Minh City, and Ngoc Vin Pass was not included in its original route.

Local authorities have also been tasked with thoroughly investigating the case and specifying the responsibility of the driver and transport firm in the serious crash.