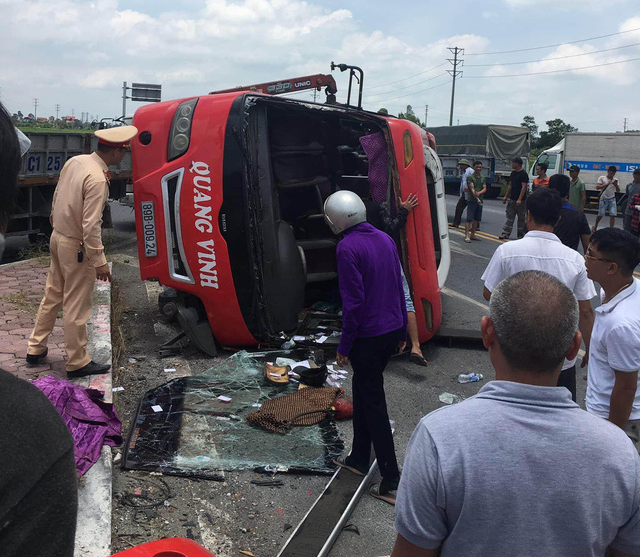 Two people were killed and two others hospitalized after a passenger bus was hit by a trailer truck at an intersection in the northern Vietnamese province of Hung Yen on Saturday afternoon.

The truck driven by 31-year-old Bui Van Hung was heading toward the Hanoi-Hai Phong Expressway prior to the accident, according to preliminary information.

After reaching an intersection with National Highway No. 38 in An Thi District, Hung Yen Province, the vehicle crashed into a 24-seater passenger bus.

The bus was damaged and on its side following the collision, while the front of the trailer truck was distorted.

The passenger bus was carrying eight people at the time, the provincial traffic safety committee confirmed.

Two people on the bus were killed and two others admitted to the hospital for emergency treatment.