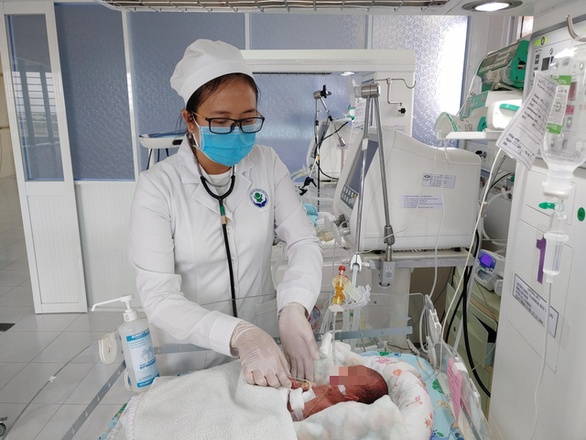 — Prime Minister Nguyen Xuan Phuc hosted a reception on Friday for his Lao counterpart Thongloun Sisoulith, who is on a visit to Vietnam for the national mourning of the late former Vietnamese Party General Secretary Le Kha Phieu.

— The inauguration of the new Mien Dong (Eastern) Bus Station in Ho Chi Minh City’s District 9, scheduled for Saturday, has been delayed again due to several unfinished works, the city’s Department of Transport has reported to the municipal People’s Committee.

— Da Nang authorities on Friday found seven people gathering at a karaoke parlor to sing and use narcotics, breaking the city’s social distancing measures to curb the current COVID-19 outbreak.

— The market surveillance unit of the southern Binh Duong Province in collaboration with the provincial police on Friday detected more than two million used medical gloves to be put on sale being stored at a warehouse of a company in its Thu Dau Mot City.

— Can Tho Children’s Hospital in the namesake Mekong Delta city has saved a 0.8-kilogram premature newborn with peritonitis due to congenital perforation, according to the infirmary’s deputy director Ong Huy Thanh.

— The headquarters of the Department of Natural Resources and Environment in Quang Binh Province has been broken into by thieves for the second time in three years, its deputy director confirmed on Friday.

— The Medical Services Administration under the Ministry of Health on Friday night requested Bach Mai Hospital in Hanoi to conduct RT-PCR (Real-time – Polymerase chain reaction) COVID-19 tests on all 112 players and coaching staff of the national U22 and U19 men’s football team under the Vietnam Football Federation.