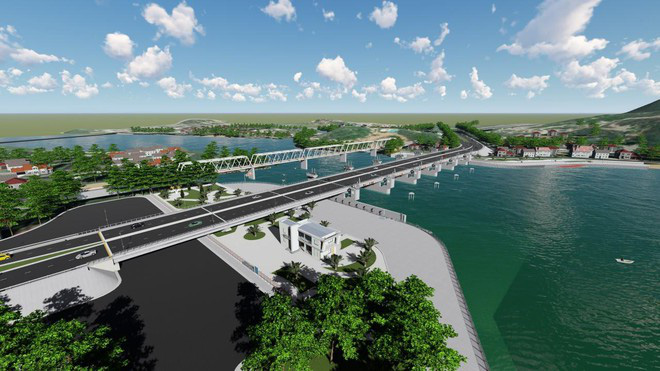 The south-central Vietnamese coastal province of Khanh Hoa is set to construct a dam that will also serve as a bridge across the Cai River as part of a highway running through its well-known resort city of Nha Trang.

According to Chau Ngo Anh Nhan, director of the Management Board of Developmental Projects in Khanh Hoa Province, the multi-purpose structure will benefit Nha Trang's development.

“The planned dam is expected to prevent saltwater intrusion in the Cai River in the dry season and flooding in the rainy season. In addition, it will secure freshwater for household use in Nha Trang City and a part of Dien Khanh District,” said Nhan said.

The future dam will also make sure there is enough water for around 2,000 hectares of farming land along the riverbanks, as well as for the production of Nha Trang Textile and Garment JSC, the official added.

Apart from irrigation benefits, the dam is also designed to be a bridge across the Cai River, part of the Ring Road 2 that connects the north and south areas of Nha Trang.

The dam will also play a vital role in maintaining the water level of the river, improving the ecological environment, and developing river transportation and river tours along the Cai River, Nhan said.

The project, set to be launched at the end of September, has been granted a fund of VND759.5 billion (US$2.56 million), including funding from both the state budget and the province’s reciprocal capital.

The bridge on top of the dam will be 400 meters long and 26 meters in width.

Currently, a temporary dam at nearby Vinh Phuong Bridge has been in use to prevent saltwater from intruding into the Cai River.

The temporary dam, however, is built from stacked gabion baskets, which require regular maintenance because of their instability.

In the dry season every year, the Cai River suffers from serious saline intrusion because of overflowing, which has caused numerous difficulties to both the freshwater supply and the drainage systems in Dien Khanh District and Nha Trang City.

“The project is scheduled to be completed at the end of 2020, then the temporary dam at the Vinh Phuong Bridge will be dismantled,” said Nhan.