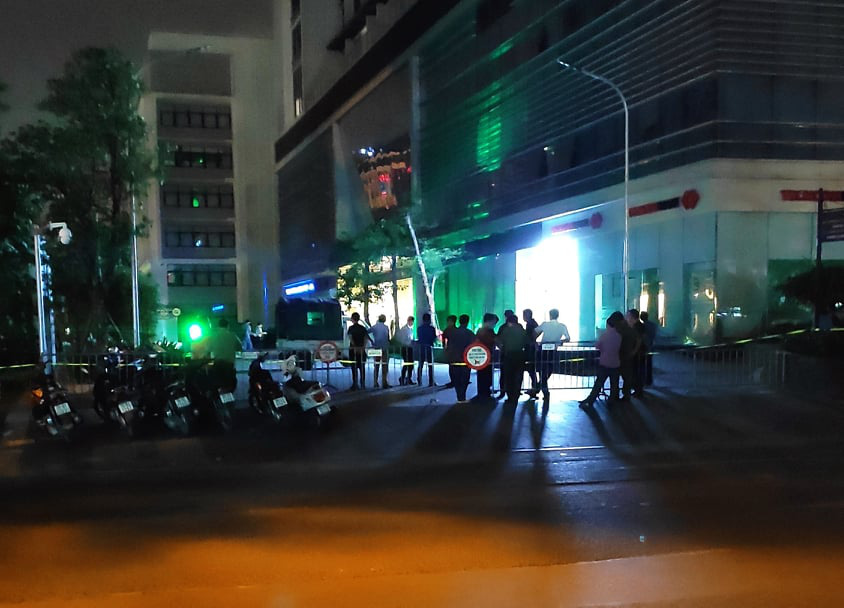 Two residents of a condominium in Hanoi were found dead after an apparent fall from an upper floor on Wednesday night.

They rushed to the source of the noise and found two badly deformed bodies.

The duo were pronounced dead on the spot.

Police officers of Ngoc Khanh Ward arrived shortly after to cordon off the scene and coordinate with the Ba Dinh District Police and related agencies to investigate the incident and determine the cause of the fall.

The building managers, along with authorities, are currently examining the apartment building to verify the identity of the victims

An investigation into the case is ongoing.