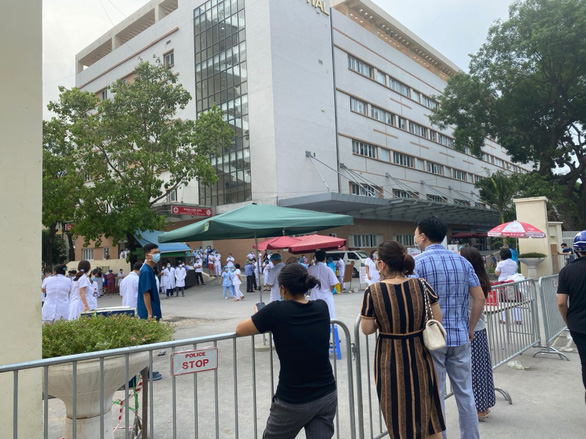 The Noi Bai Aviation Security Center has sent six staff members to quarantine as they had had direct contact with a passenger who tested positive for the novel coronavirus.

On Monday, the northern international airport received information about P.C.M., who had tested positive for COVID-19 after arriving at Narita Airport in Japan from Vietnam a day earlier.

The first test at Narita showed that M. was positive for the disease.

Having received the news, the Noi Bai Aviation Security Center collected information from all check-in and boarding gates of the airport on that day and detected six people – who are airport security and customs officers – with direct contact with the suspected case.

These airport staffers were instructed to enter a quarantine area while waiting for the result of M.’s second test.

M.’s residency address in Vietnam has not yet been identified.

Since August, this is the 12th case departing from Noi Bai for Japan, South Korea, and France that has had a positive result for the first quick test.

However, ten out of the 12 cases later showed a negative result with a real-time PCR test, a highly accurate testing method now widely used to confirm COVID-19 infections.

Some false positive cases have been reported recently. However, to ensure safety, health experts are still monitoring all people who came into direct contact with suspected cases, Hanh said.

Before this case, a young Vietnamese man had also tested positive for COVID-19 after departing for Japan from Hanoi on September 30.

Vietnamese health workers have started monitoring nine of D.’s family members, taking samples from them and disinfecting the neighborhood in accordance with safety guidelines.

Vietnam has recorded 1,098 COVID-19 patients as of Wednesday morning, with 1,023 recoveries and 35 virus-related deaths, the health ministry said.

A new wave of infections battered the country on July 25, when touristy Da Nang logged the first community transmission after 99 days of zero domestic cases nationwide.

A total of 551 local cases were then recorded across Vietnam in the following weeks, the majority linked to Da Nang.

The nation spent over a month tracing contacts and managing to suppress the outbreak afterward.

Sor far, it has gone over one month without any new case of community spread.