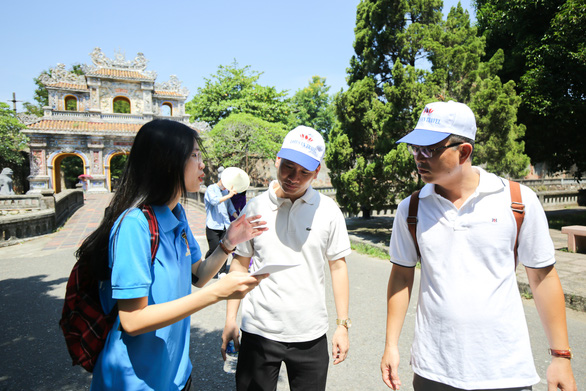 Facebook plans to assist a province in Vietnam with digital transformation as part of the province’s vision to turn its capital city into a smart municipality.

The administration of Thua Thien-Hue and Facebook have announced a comprehensive partnership program to support the province in the digital transformation process, with the aim of transforming the provincial capital of Hue into a centrally-governed city.

Kicking off in Hanoi on Monday, the program, titled 'Application of a Digital-Based Economy in Promoting the Heritage City and Creative Innovation,' marks a milestone as Facebook's first-ever comprehensive partnership with a province in Vietnam.

The event is part of a series of activities to turn Hue into a centrally-administered city in the future, said a representative of Thua Thien-Hue Province.

The partnership between Facebook and the province will include five pillars of the ‘Facebook for Vietnam’ campaign, namely a digital economy, creative innovation, safety and digital skills, smart city assistance, and Facebook for the community.

Meanwhile, creative innovation includes deploying augmented reality to promote the image of the province and encouraging local programmers and software developers to create and apply new technologies to serve the needs of their homeland.

For safety and digital skills, Facebook will be equipping teachers and students with digital skills using the ‘We Think Digital’ program.

For smart city assistance, Facebook will help train government Pages administrators on how to enhance their capability to use the social media platform to better engage with the public.

Resolution 54/2019 of the Politburo set a target to upgrade Hue to a centrally-governed city before 2025.

The local government is urgently deploying projects to meet the target as soon as possible, including strengthening information technology applications and digital transformation.