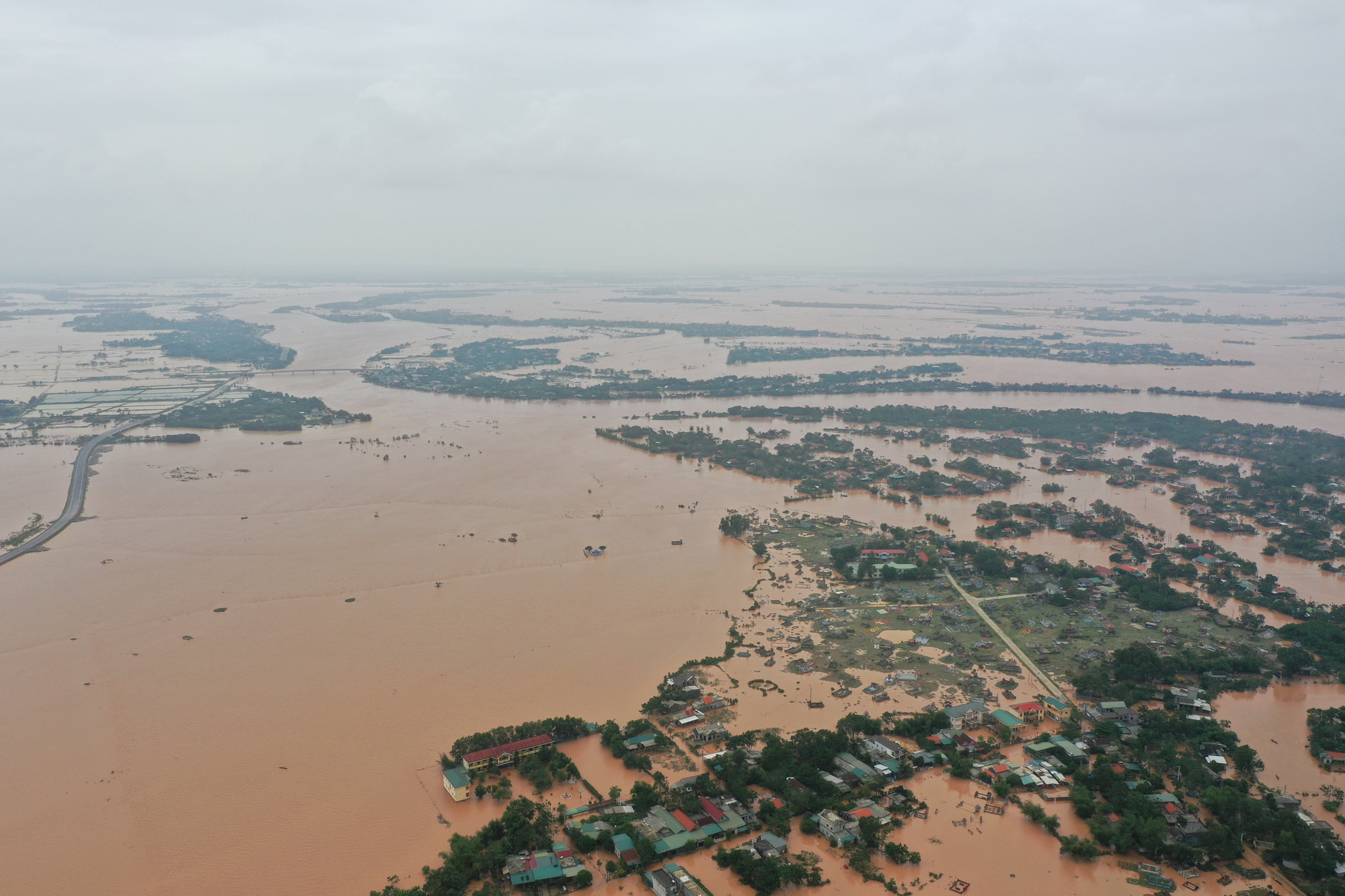 Many villages in the north-central Vietnamese province of Quang Tri were still severely inundated as of Saturday afternoon, as flooding has broken the record in 1983 due to prolonged downpours over the past days.

Torrential rain brought about by a tropical convergence zone, low-pressure area, and cold spell triggered serious floods in central Vietnam, and Quang Tri Province in particular, from October 6 to 10, according to Vu Duc Long, deputy director of the National Center for Hydro-meteorological Forecasting.

The highest rainfall was recorded in the localities from north-central Ha Tinh Province to central Thua Thien-Hue Province, while an overflow occurred in such rivers as Ngan Sau, Bo, Hieu, and Thach Han.

Water levels in the Hieu River in Quang Tri Province reached a historic high as it was 0.11 meters higher than the record in 1983, Long elaborated.

All three villages in the commune were submerged.

Residents of these villages, who have been familiar with inundation during rainy seasons every year, were all caught off guard as this year’s floods have exceeded their prediction.

Due to the effect of Storm Linfa, more downpours are expected to batter central provinces until October 13.

In Quang Tri, rainfall is forecast to reach 300-500 millimeters and flooding may linger in the next days.