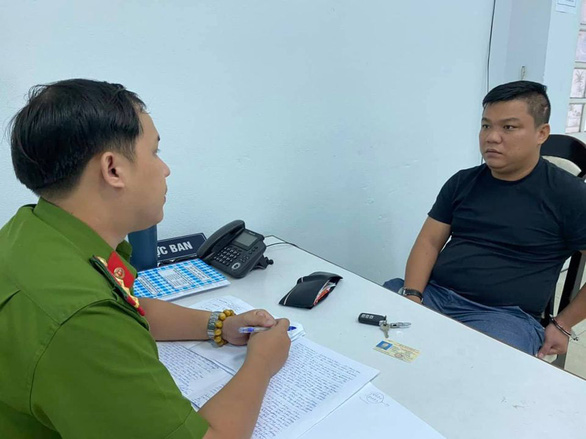 Da Nang police on Tuesday broke an online football betting ring, the largest of its kind ever with the total value of betting topping VND10 trillion (US$430 million).

The betting ring was led by Bui Manh Tri, 35, living in Da Nang’s Thanh Khe District, but the scale of the racket was not limited to the city, reaching neighboring localities, according to local police.

Eleven people involved in the ring had been arrested by the evening of the same day.

Police also confiscated two cars, one gun, billions of dong in cash, and other related documents. (VND1 billion = US$43,000)

According to local police, Tri used many sophisticated methods and tricks to hide the betting ring’s activities.

As the owner of many restaurants and bars, Tri carried out many transactions and activities through the businesses to launder money and avoid the attention of local authorities.

Tri contacted overseas dealers to register for betting accounts, worth millions of U.S. dollars each, to operate an online soccer betting service in Vietnam.

He divided them into smaller accounts, which were then distributed to subordinate branches, to provide gambling services to players.

Tri ran an extensive operation with the help of many accomplices, according to police officers.

The ring made illicit profits from the USD-VND exchange rate difference and commissions.

Preliminary calculations showed that the total value of betting deals topped VND10 trillion, of which over VND6.25 trillion ($269.7 million) was brought in between May and now.