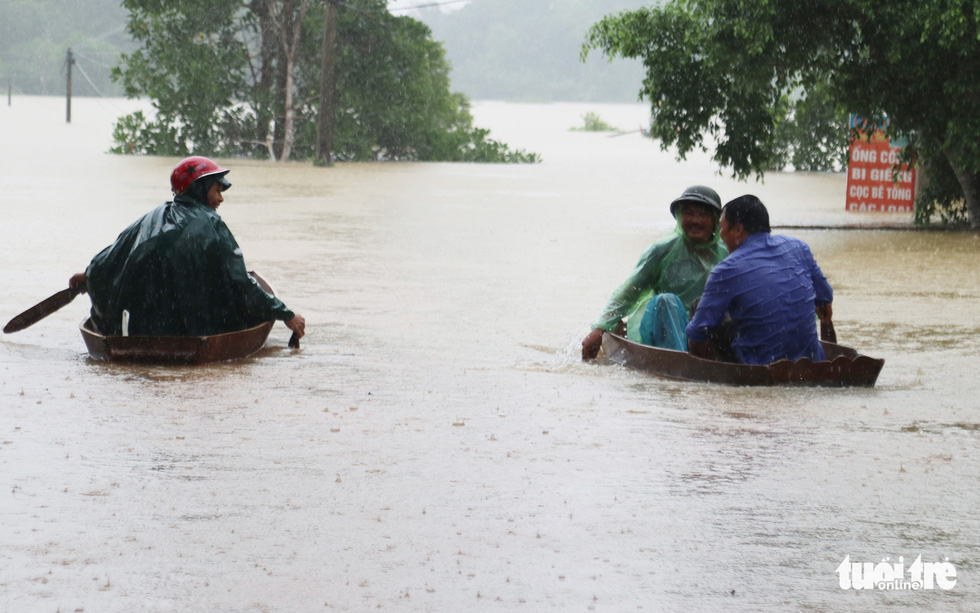 A total of 84 people were killed and 38 others went missing due to torrential rain, flooding, and landslides in central Vietnam from October 6 to 18, according to the National Steering Committee for Disaster Prevention and Control.

Over 24,730 houses were damaged and collapsed.

About 924 hectares of rice paddy and 106,600 hectares of crops were flooded and destroyed, while nearly 461,630 farm animals were killed or washed away by floodwaters.

As of Sunday night, rescuers had found 15 bodies of the 22 soldiers from Economy-National Defense Delegation No. 337 who were buried after a mudslide hit their station in Quang Tri Province earlier the same day.

More than 440 people, 18 vehicles, and two helicopters have been mobilized to assist search and rescue efforts.

One hundred and nine soldiers and 39 vehicles of many types are still trying to reach the site of the accident at Rao Trang 3 hydropower dam in Thua Thien-Hue to search for the 15 missing workers.

Prolonged downpours and landslides have posed immense challenges for rescuers.

According to the National Center for Hydro-meteorological Forecasting, torrential rain continued battering the localities between Ha Tinh and Quang Binh Provinces from 7:00 pm on Sunday to 1:00 am on Monday.

Due to the combined effect of a cold spell and tropical convergence zone, more downpours are forecast until October 21 in Ha Tinh and Quang Binh, with rainfall of 300-500 millimeters and more than 600 millimeters in some areas.

In Nghe An, Quang Tri, Thua Thien-Hue, Quang Nam, and Quang Ngai, rain will be at 50-250 millimeters during this period.

The weather conditions will also pose a high risk of flooding, flash floods, and landslides in the region.