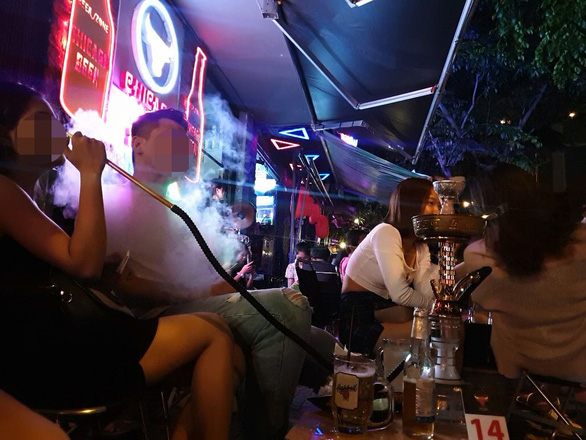 Police in Ho Chi Minh City have ordered local forces to report on and tackle issues of overbearing noise pollution, sidewalk encroachment, and other disturbances created by nightspots on Pham Van Dong Boulevard.

Tuoi Tre (Youth) newspaper previously reported on these issues and the thoughts of the local residents.

Responding to the report, local police have identified numerous beer joints and nightclubs mushrooming along some sections of Phan Van Dong Boulevard in some wards of Binh Thanh District, which operate from 6:00 pm to 12:00 am every day.

They also reserve public sidewalk space as their seating locations and shine frenzied flashing lights onto the roadway.

To address this situation, local authorities have started patrolling the boulevard and imposing fines on violators.

They have collected a total fine of VND22.5 million (US$972) in Ward 11 of Binh Thanh District, with VND9.7 million ($419) from street encroachment cases alone.

On top of that, officers have required 26 other nightclub establishments to operate within their registered time window and valet their customers’ vehicles to the right spots, while avoiding road encroachment and loud music to ensure order and security in the neighborhood.

In Ward 13 of Binh Thanh District, they have documented 40 cases of nightclubs invading the street with vehicles and seating, for which the authorities exacted a total of VND29.5 million ($1,273) in penalties.

Four other cases of excessive loudspeaker usage have also been levied with a fine of VND200,000 ($9) each.

On a street section in Go Vap District, local police have cooperated with the district’s urban planning department to handle the offending facilities.

From July 8 to September 15, the task force examined 78 establishments, with a total of VND80 million ($3,456) worth of fines collected for 34 cases of violations.

In the near future, the city’s police will continue mobilizing functional forces and local officers to monitor Pham Van Dong Boulevard and penalize any violations.