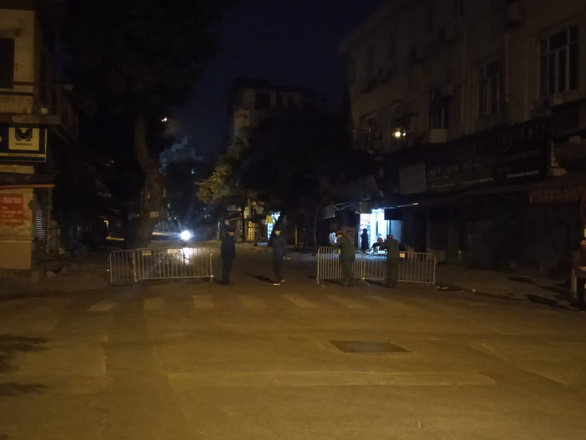 Relevant forces in Hanoi successfully moved a massive bomb with two working detonators out of a residential area on Cua Bac Street on Sunday night.

Earlier the same day, the 340-kilogram explosive was discovered during the construction of the Power Transmission Company No. 1 office building at 15 Cua Bac Street.

A crane was deployed to lift the bomb into a specialized vehicle.

After the bomb was taken away, barricades used to fence off Cua Bac Street were removed, while traffic on the street also resumed.

Due to its extreme danger, functional forces earlier prompted residents on Cua Bac Street to evacuate the neighborhood during the removal of the bomb.

Hundreds of residents in the locale agreed to leave for safety and only returned after the bomb handling procedure had been completed.

Authorities of Hanoi’s Ba Dinh District also cordoned off the area and set up patrol posts to prevent risk during the clearance of the bomb.

They also required relevant agencies to advise local residents against all mobile phone and radio intercom device usage within a radius of 200 meters from the bomb until further notice.

The Vietnam Electricity Group has displaced its National Load Dispatch Center, which is located on Cua Bac Street, to another location to ensure safety for its staffers and continued operation for the national grid system.