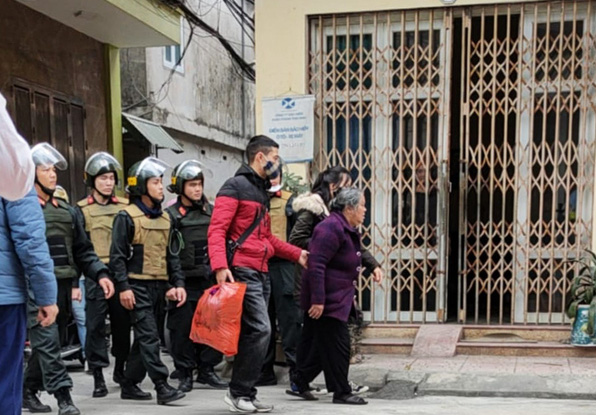 Police in the northern Vietnamese province of Thai Binh have broken up an illegal drug ring run by a 75-year-old woman.

An official from the provincial Department of Police told Tuoi Tre (Youth) newspaper on Saturday that officers had searched the house of Tran Thi Dam, 75, in Quang Trung Ward, Thai Binh City, which is the capital of the namesake province.

Dam has also been taken into custody for the illicit trade of narcotics.

Police have confiscated a large number of drugs of various types and relevant exhibits, the official elaborated, adding that the ring’s activities were very complicated and subtle.

Preliminary investigation showed that most of the ring members are Dam’s children, grandchildren, and relatives.

They took advantage of Dam’s house location, which is situated deep inside an alley, to buy and sell narcotics.

Multiple members were tasked with keeping a watch to avoid being caught by competent authorities.

Local residents said they noticed drug users enter and exit the house every day and night.

However, no one reported the ring to police officers for fear of being harmed by Dam’s subordinates.

Her son is also serving his sentence for a drug-related crime.