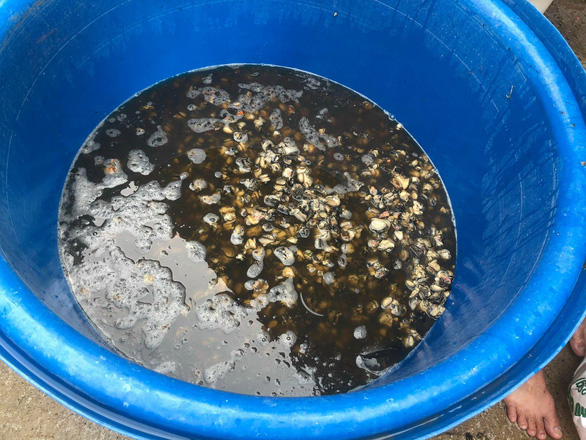 Authorities in Ho Chi Minh City have detected the shady practice of using industrial chemicals to increase snails' weight before distributing them to eateries and restaurants.

Police officers uncovered the use of industrial chemicals on snails at a wholesale facility in District 8 on Wednesday, a source told Tuoi Tre (Youth) newspaper on Thursday.

The owner was later revealed to be H., who admitted that chemicals were used to cleanse the snails, shine their shells, and buff up their weight before distribution to markets and restaurants.

Police seized nearly 500 kilograms of chemicals and over 1.3 tons of doused snails from the facility.

They are also further investigating the case.