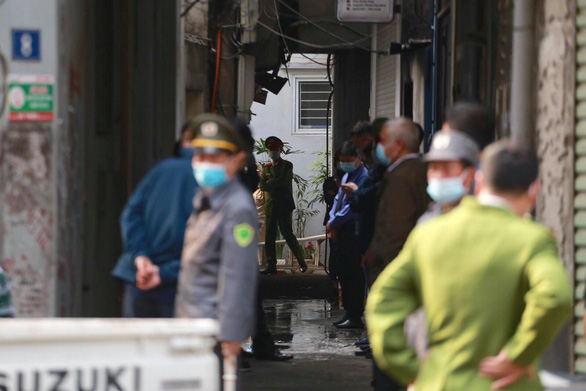 Four Vietnamese died in a fire that broke out allegedly due to burning joss papers as a ritual of Kitchen Gods’ Day in Hanoi on Thursday.

Local authorities received a report on the incident, which took place at a house located in Alley 71 on Tam Khuong Street in Khuong Thuong Ward, Dong Da District, early on Thursday afternoon.

The Kitchen Gods' Day celebration takes place on the 23rd of the last month of the lunar year, which fell on February 4 this year.

After making offerings to the Kitchen Gods, the group burnt joss papers.

It is customary that Vietnamese people burn joss papers on special occasions, such as death anniversaries, the Lunar New Year festival, Kitchen Gods’ Day, and during the seventh month of the lunar year.

After eating lunch together, T., D., N., and H. took a nap while S. locked the door and went out for a drink.

When S. returned at around 1:30 pm, he saw the house on fire and immediately called for help.

S. and neighbors attempted to put out the fire while waiting for firefighting forces. But they failed to extinguish the blaze.

Eventually, the conflagration was put under control by 2:00 pm.

According to local residents, the five men had not extinguished the burning joss papers after practicing the Kitchen Gods ceremony.

Despite rescue efforts, T., D., N., and H., all of whom had been trapped inside the burning house, died from smoke inhalation.

The fire destroyed three motorbikes at the premises.

Local authorities are still investigating the exact cause of the deadly incident.