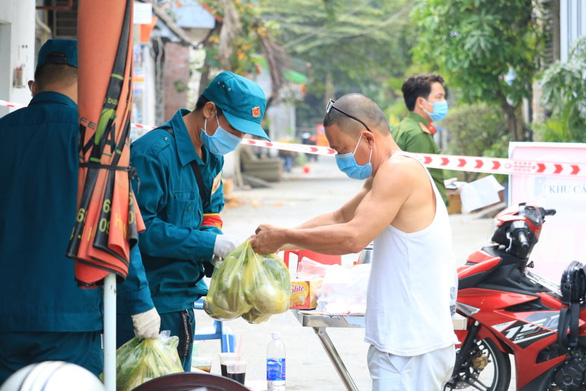 Ho Chi Minh City’s authorities have announced a dozen locations being locked down after the recent detection of four community transmissions, all being baggage handlers at Tan Son Nhat  International Airport, and 25 of their close contacts who have tested positive for the virus.

The locations include the Nguyen Cu Trinh quadrangle area in District 1, bordered by the four streets of Nguyen Van Cu, Nguyen Trai, Nguyen Cu Trinh and Cong Quynh, with around 2,000 residents.

The next locked down areas are neighboorhoods No. 22 and 47 in Thanh Loc and Trung My Tay Wards in District 12, having around 100 and 30 residents, respectively.

Besides, the house of a patient on Tan Binh’s Pham Van Hai Street has been cordoned off. A block of houses for rent at 90 Nguyen Phuc Chu Street in Ward 15, which is linked to patient No. 2,002, has also been fenced off for COVID-19 prevention purpose.

For Go Vap District, Felix Homes apartment building in Ward 6 with 300 households and 900 people and an alley at 251 Quang Trung Street in Ward 10, having 100 families and 720 residents, have been put under blockade.

The source of this outbreak has not yet been determined.