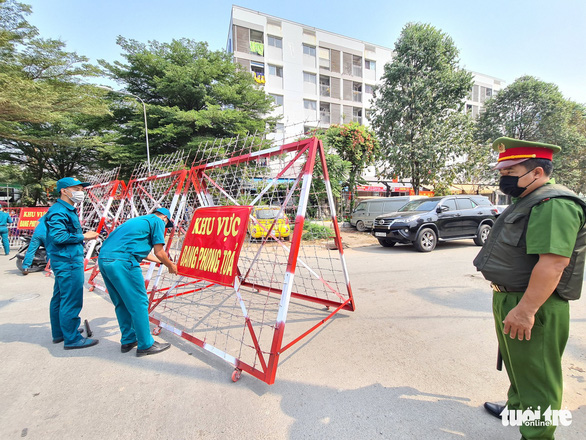 Authorities in the southern Vietnamese province of Binh Duong have detected 13 cases of foreigners entering the country without permission.

The cases of illegal entry were discovered on Monday when officials of Binh An Ward in Di An City, Binh Duong were patrolling the area.

These foreigners had crossed the border in the northern Vietnamese region, traveled by road to the south, and intended to reach Kien Giang Province in the Mekong Delta region.

The local health services, in collaboration with the police force, sent the group of foreigners to the medical center of Di An City for centralized quarantine as per regulations.

All 13 of their first COVID-19 tests returned negative for the novel coronavirus, according to the provincial Center for Disease Control and the Pasteur Institute in Ho Chi Minh City.

However, medical authorities will conduct two more tests on each of the 13 foreigners before making the final affirmation.

Binh Duong had discovered 38 cases of illegal entry in total as of Tuesday, including 25 from China and 13 from Cambodia.