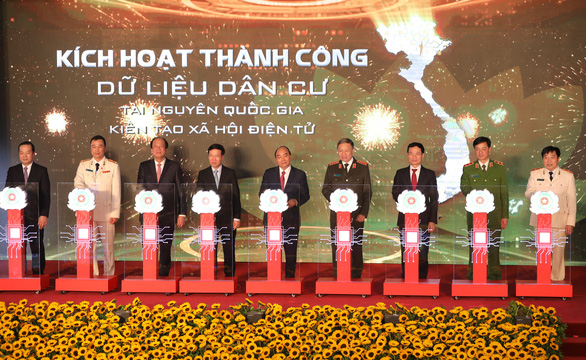 The two systems will serve as comprehensive data hubs that store information with legal value of Vietnamese citizens, said the Ministry of Public Security, the lead agency in the development of the systems.

The new data infrastructures are expected to bring about an overhaul on citizen management protocol, introducing digital filing and personal ID number to supersede household registration books, as well as streamlining administration processes and enhancing experiences of citizens as well as businesses towards public services.

Data in the system has been normalized, which rendered information of more than 90 million Vietnamese citizens available for the national-, ministry- and province-level Public Service Portal to access.

Vietnam Posts and Telecommunication Group (VNPT), in cooperation with other contractors, took five months from September 2020 to January 2021 to complete infrastructures, application software of the database as well as capacity training for over 23,000 police officers in charge of the system.

According to the Minister of Public Security To Lam, the national population database holds a significant position in the development of Vietnam’s digital economy and society. It will also enable positive changes in state management and administrative processes, which will in turn benefit citizens and businesses.

Considering its importance, the project was highly prioritized by the Ministry of Public Security, who completed it only a few months after obtaining the Prime Minister’s approval.

Speaking at the event, PM Phuc denoted that the launch of the two systems is only the start, as many still need to be done to accelerate digital transformation of state and population management towards the goal of digital citizenship.

The premier required the Ministry of Public Security to keep improving the two systems to ensure faultless and up-to-date archive of citizen data.

The Ministry of Public Security is also asked with maintaining cooperation with other agencies and local authorities to maintain data safety and further application of the database, which include digital government and digital economy.

The database and citizen ID card management system must also be utilized to further simplify administration procedures and hasten the transformation from old ID cards to chip-based models, which will make way for better experience of citizens during civil transactions.