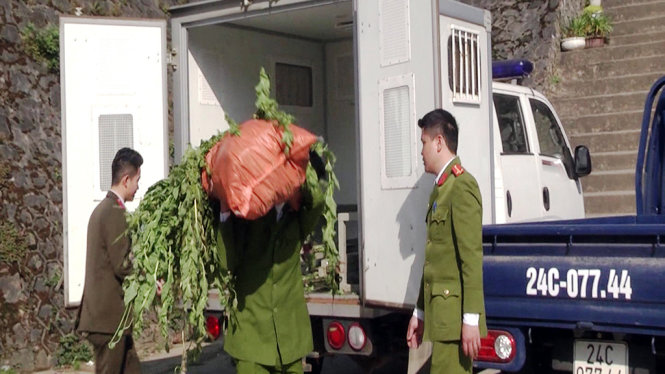 Police in Hanoi have uncovered more than 300 opium poppy plants illicitly grown inside a residence in Bac Tu Liem District.

After receiving a local’s report, relevant agencies in Tay Tuu Ward in the same district raided the house of Dang Tran Thanh, born in 1969, in the same ward on Sunday.

Inside the house’s garden, local authorities found more than 300 opium poppy plants, nearly one meter high, in bloom, with some bearing small fruits.

Approximately 12 percent of opium is made up of the analgesic alkaloid morphine, which is processed chemically to produce heroin and other synthetic opioids for medicinal use and for the illegal drug trade, according to Erowid.com.

In order to prevent the processing of opium, Vietnam prohibits cultivation of the plant.

Upon the detection, police officers confiscated the plants at Thanh’s house and detained him for questioning.

At the police station, the man initially admitted that he had bought the opium seeds online and planted them in his garden to make opium-steeped wine later.