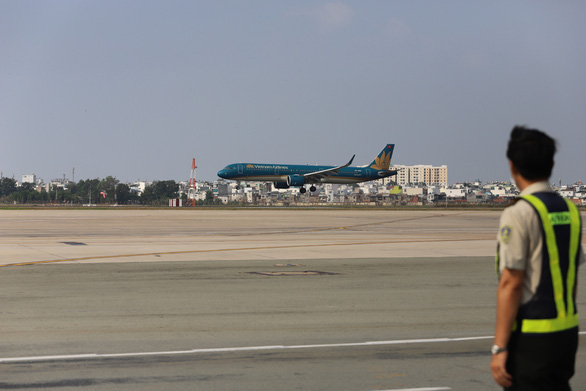 A lightning strike damaged one of the runways at Tan Son Nhat International Airport in Ho Chi Minh City on Friday afternoon, but causing no delays thanks to swift repair and coordination.

No airplanes were running on the runway at the time of the lightning strike.

The runway was suspended for a nearly-one-hour repair and swiftly reopened later.

During the repair process, the airport authority substituted the 25L/07R so that no flights were affected.

The incident was also reported to the Civil Aviation Authority of Vietnam later the same day.

The runway 25R/07L was inaugurated in early January after being upgraded and renovated.

It was struck by lighting and temporarily shut down for three days in July 2015.