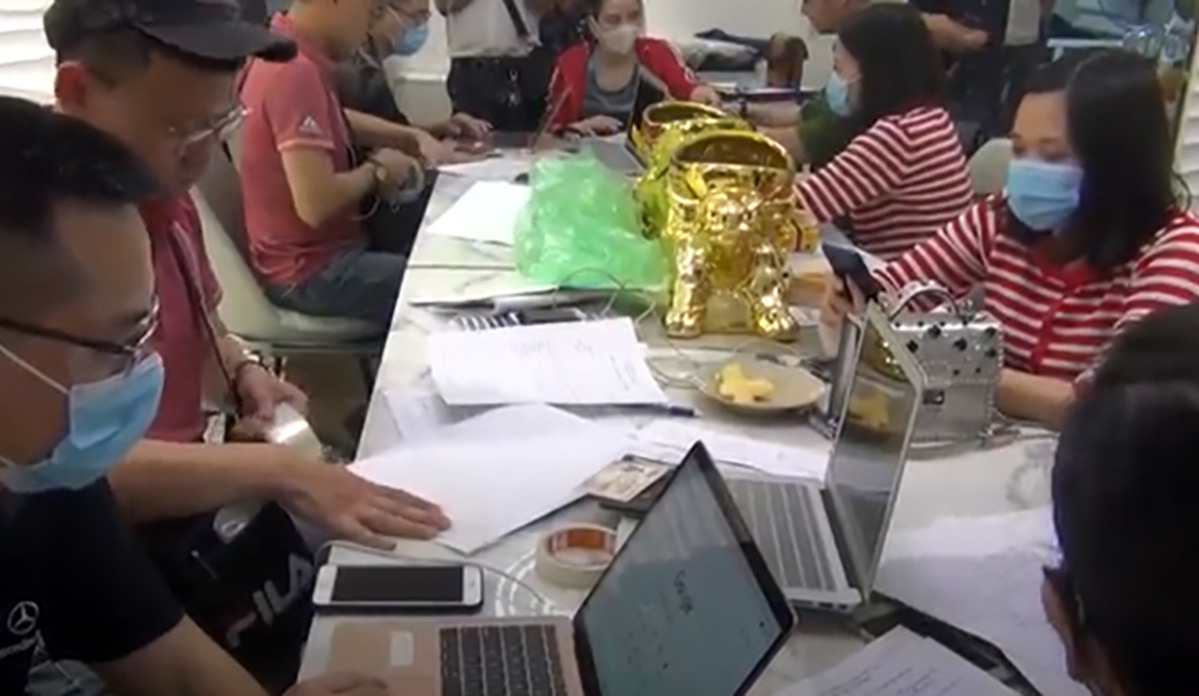 Police in Hanoi and Ho Chi Minh City have cooperated to break up four illegal trading platforms with transactions worth hundreds of billions of dong. (VND100 billion = US$4.3 million).

Officers under the Hanoi Department of Public Security confirmed on Friday they had summoned 26 suspects involved in a racket that operated four illegal trading platforms including Rforex, Yaibroker, Vistaforex, and Exswiss.

Hanoi police officers and their counterparts in the southern city previously mobilized nearly 300 officers divided into 21 teams to raid different locations in 11 provinces and cities.

They utilized the MetaTrader 5 (MT5) mobile app to attract nearly 12,000 participants from 27 different countries to their trading platforms.

Among the platforms, Rforex used the legal cover of Rforex Ltd Company in the UK, with transaction value mounting to hundreds of billion dong.

The suspects interfered with the transaction processing system, controlled participants’ accounts, and manipulated their profits and losses to appropriate their property.

Police officers asserted that Vietnam has yet to license any forex trading platform.