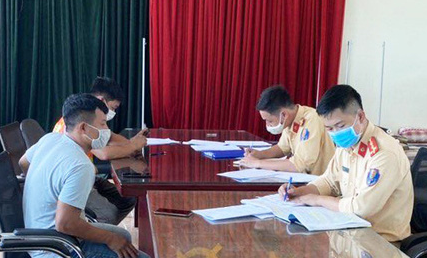 The driver and the owner of a car have been slapped with fines totaling VND29.5 million (US$1,282) as the former had been caught driving in the wrong direction without a driver’s license on an expressway in northern Vietnam.

A patrol team of the Traffic Police Department under the Ministry of Public Security said on Sunday the driver of the car running against traffic on the Hanoi - Thai Nguyen Expressway in a video circulated on social media was Nguyen Van C., 26, from northern Bac Ninh Province.

The owner of the car is Truong Van D., 45, from the same province.

At the time of the functional force’s inspection, driver C. failed to present his driver’s license, the car’s registration, and a certificate of technical safety and environmental protection.

They also determined that D. handed over the car to C., who was not qualified to drive it.